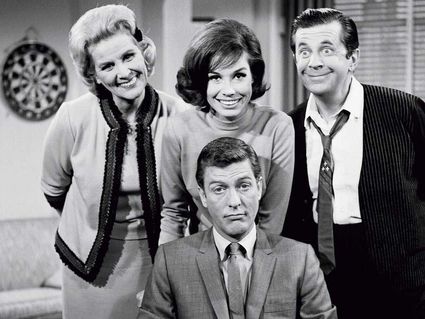 Rose Marie, left, is best known for her role on the “Dick Van Dyke Show” in the 1960s. But she is still doing voiceover work in Hollywood and turns 90 this month.

Best known for her role as Sally Rogers in the 60’s CBS sitcom “The Dick Van Dyke Show,” Rose Marie turns 90 in August.

“I don’t feel it,” she admitted when I spoke with her recently. “I feel 60, and still keep busy.”

In the past year, that included voiceover work for “The Garfield Show” on the Cartoon Network.

“I love it,” she said. “You don’t have to dress up or put on makeup. All you have to do is show up! Although I can do many different voices, the producer wanted my voice so people would know ‘that’s Rose Marie.’”

Audiences have known Rose Marie for nine decades, since she began performing at an age when most children would still be potty training. Her phenomenal singing voice as a child (see http://www.missrosemarie.com) rocketed her to fame overnight.

“I have no idea where that voice came from, I think God just gave me a wonderful gift,” she said. “When I was three, I won an amateur contest, and my family took me to Atlantic City. We saw a showgirl named Evelyn Nesbit perform and I started singing along. She invited me up on stage to sing with her, then people began throwing money.”

Backstage, Nesbit suggested changing her name to Baby Rose Marie and her career soon took off. “I had my own radio show coast to coast on NBC when I was five.”

But there were also doubters.

“Unlike other child singers, I sang adult songs with adult phrasing and mannerisms. People would write to the station in disbelief saying that no child could sing like that and I must have been a midget. So NBC sent me out to play theaters to prove I was a child.”

As her fame grew, the famous wanted to meet her. President Franklin Roosevelt invited her to the White House when she was just six.

“After I sang for him, we played tiddlywinks with some poker chips I found in his office.”

She caught the attention of the infamous, too. While working with Milton Berle in Chicago, a visitor came backstage.

“It was Al Capone and he wanted to invite me to dinner! He picked me up the next day and we went out to eat with all the mob.”

Years later as a young adult, she was invited to perform at the opening of the Flamingo Hotel, in Las Vegas, in 1946, along with Jimmy Durante, bandleader Xavier Cugat and other stars of the day. The invitation came from notorious mobster and hotel owner, Bugsy Siegel.

“We became friends and he was very good to me. I just didn’t think of those guys as gangsters.”

At age ten, Rose Marie met Morey Amsterdam, who would become an important influence in her career and later her co-star on “The Dick Van Dyke Show”.

“He was a popular writer for comedians like Fanny Brice and Fred Allen and became a comic himself,” she recalled. “We met when I guest starred on a radio program. He also wrote most of my nightclub material and become a life-long friend. I actually got him the Dick Van Dyke Show job.” 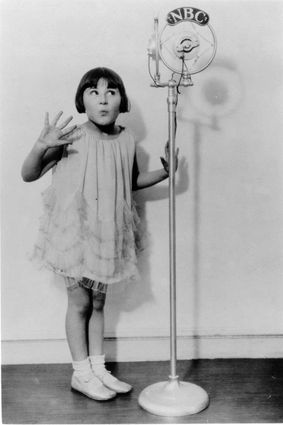 “Baby Rose Marie” had a coast-to-coast radio show at age 5.

As for Dick Van Dyke, she says it was a joy to work with someone so talented, and has only fond memories of Dick and the cast.

“We were a close group and genuinely liked working together. Everyone came to work happy, and oh did we laugh!”

“I knew she had been in show business since she was three, but never met her until the first reading of the script,” he said. “She just knocked me over. She probably had the most razor sharp sense of timing of anybody I ever worked with. She was a delight and still is.”

Nick Thomas’ features and columns have appeared in more than 300 magazines and newspapers, and he is the author of Raised by the Stars, published by McFarland. He can be reached at his blog: http://getnickt.blogspot.com.