After a lifetime of struggle, attention has been spanned 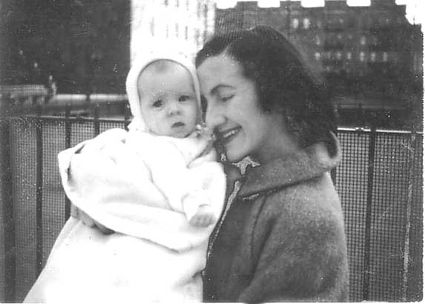 “Mom? Hey, Mom? Watch me!” We three little girls implored her to pay attention. She distractedly glanced at us, as we pumped high on the backyard swing or pedaled madly on our trikes. “Mom? Hey, Mom?” as Mom multi-tasked frying bacon and vacuuming and talking on the phone with a friend (and did none of it well).

Joanie at 35 had a full-blown case of ADHD, and had probably been suffering since her teens. She was the high schooler who got sun poisoning because she never kept track of the hours she spent outdoors, the young medical secretary who took dictation as she wrote down her shopping list in the same document (“the patient presents as… nylons! Gum!”) Mom had the attention span of a gnat, which accounted for her record (I think it’s a record anyway) of 10 failures to attain her driver’s license at the DMV. She couldn’t concentrate long enough to use her turn signal or watch the speed limit. The world was a much safer place without Joan at the wheel.

As a child, I had laser-beam focus, whether I was engrossed in Barbie-land or studying for my spelling test. A family joke was that I wouldn’t stop reading if my book caught on fire. Although I certainly noticed the way Joanie flitted through her days, it never dawned on me that I would inherit her issues. On into my 20s and 30s, I had no problem giving my undivided attention to the people, places and things in my life.

But something happened as I hit 40 (and I hit it pretty hard). I’d always been a nervous type, but now my jitters were accompanied by a scattered brain. It was a real one-two punch: I’d lose track of what I’d been doing just minutes before, and then I’d panic about it.

“Mom? Hey, Mom? Watch me!” my five children implored me to pay attention. I would distractedly glance at them, as they rode the waves on their boogie boards, built intricate Lego towers. “Mom? Hey, Mom?” as I gulped my coffee and flipped through the newspaper (not retaining much of anything I read). Sitting at their school plays and concerts and ball games, my mind would race to the point that I’d totally miss their solos, their home runs. My hands would literally shake with the effort of keeping still. The minute the event ended, I would spring out of my seat like I’d been let out of prison, my body desperate to move, move, move.

As menopause progressed, I’d find myself scribbling reminders on little pieces of paper, which I would promptly lose because I didn’t pay attention to where I put them. That was usually OK because the notes were indecipherable anyway (what was “Bob 30 min., preheat to 450 degrees, front lawn!”?).

Friends of mine complained of similar symptoms, so for a long time I just chalked

it up to the “change of life,” confident that all would be well at some later point, that my former sharpness would return.

Meanwhile, in her late 70s, Mom moved in with us. Many years past her “change,” Joanie showed no signs of improvement in the focus department, which should have warned me. We were quite the pair watching TV: with even Oprah’s most riveting guest on the air, we would hum and talk and pace. I had the nerve to be annoyed with my mother, when I should have looked in the mirror to see myself, her ADHD twin.

In 2006, I began to have severe daily mood swings. My lows were very low, and my highs were manic in the extreme. Not only could I not pay attention, but now I was showing signs of mental illness. Finally, I sought psychiatric help. On the therapist’s couch, I poured out my tale of woe, feet tapping and hands shaking as usual when seated for more than a minute. Together, the doctor and I connected years and years’ worth of dots. I was diagnosed at last: bipolar disorder and severe ADHD. At last everything I was saying and doing made sense. I cannot describe the profound sense of relief I felt at that moment.

Shortly after that, Mom passed away. To her last breath she was a total sweetheart, but still flighty as the dickens. Her attention deficit was such an integral part of the fabric of her life, and I am not convinced that diagnosis and treatment would have helped all that much.

I wish I could tell you that the proper medications have “cured” me, but that wouldn’t be quite true. My manic depression is being managed, and the sickening ups and downs have leveled off.

But still I fidget, still I daydream, still I flit from project to project. As a writer, I stick to short essays because I just can’t pen anything longer without getting too distracted. I’m a master at cooking the 15-minute (or less) meal. Movies and sporting events are still a major challenge, because at a certain point I feel like jumping out of my skin.

One of my current Sunday school students is being treated for ADHD. He’s on meds, and they seem to help him focus somewhat. His mom is hopeful that he will outgrow it. I hope so too, and I hope it’s not too late for me either.

Life is too beautiful to miss out on so much.