Elly May offers up some vittles with her stories 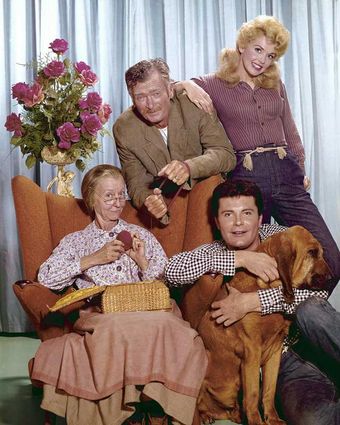 Donna Douglas played “Elly May” in the hit television series “The Beverly Hillbillies”.

If ever an actor was recognized by one career role, it was Donna Douglas with her portrayal of ‘Elly May’ in the highly popular CBS 60s comedy, “The Beverly Hillbillies.” In the four decades since the series ended its nine season run in 1971, the drop-dead gorgeous blonde native of Pride, La., is still strongly identified with the show wherever she goes.

Rather than distancing herself from the connection to Jed, Granny, Jethro and the Clampett clan, Donna has embraced her sitcom heritage and stills makes public appearances as a real-life Southern belle.

“Elly was a slice out of my life,” says Donna, whose new website (donnadouglasofficialwebsite.com) was launched in September.

“I was raised a tomboy, with one older brother and all male cousins. So I grew up swinging from vines and playing softball. I was getting ready for Jethro long before we ever met! I still adore Elly and we have a lot in common, with the same interests and values.”

After the Hillbillies ended, Donna was offered many roles, but accepted just a handful which she felt wouldn’t compromise her standards.

“I’ve got no regrets about anything I turned down. I sold real estate for a while, made a couple of record albums, and speak at churches, ladies groups, and schools around the country. My days are full and I’m very happy.”

This year, she also published a nostalgic cookbook, “Southern Favorites with a Taste of Hollywood,” a collection of recipes gathered over the years, many from friends including Debbie Reynolds, Buddy Ebsen, Phyllis Diller and Valerie Harper.

“The cookbook came about as a way to share my favorite recipes,” said Donna, who recalls home-cooked meals prepared in the rich, Southern tradition that many will also remember from their childhood.

“Homemade dishes are almost unheard of today,” she lamented. “They’re all premade in a box or from a drive-thru. That’s today’s way. But there was something about the way your mom made dishes with a special touch – with a bit of this and a pinch of that.”

“Lard and bacon grease, especially in the South, were cooking essentials.”

Interspersed between the book’s recipes are delightful personal anecdotes from her Hollywood days.

“I thought fans would enjoy a few remembrances from my life, along with some photos from my scrapbook.”

In an effort to remind readers of the long lost art of good manners, there’s also a quaint section called Hollywood Social Graces. Advice includes never using your fork as a toothpick, chewing gum in someone else’s home, or answering a cell phone while a dinner guest.

“Etiquette was taught in the South, but I’m afraid it’s a thing of the past now. Social graces are lacking all around us, people are rushing all the time, and no one sits and visits any longer.”

Not a big fan of today’s television programming, Donna says she likes to watch the classics in reruns, such as “Touched by an Angel,” as well as the occasional Hillbillies episode, which brings back memories. 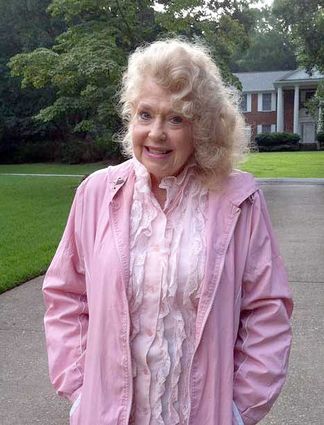 This year, Donna Douglas turned 81 and published a cookbook that includes etiquette tips and stories from her Hollywood experiences.

“Elly may not have kissed many fellows during the show’s run, but she sure did kiss a heap of animals. Somewhere around 500 were used during the series, provided by Hollywood animal trainer Frank Inn.”

“I seldom really rest,” admits Donna, who turned 81 in September. “I travel all over the U.S. and Canada and have a very busy schedule. But I have to turn down a lot of requests.”

“I also garden, spend time with family and friends, and still get quite a bit of fan mail. My days are full and then some, so I’m always playing catch-up. Life has been very good to me, and full of blessings for a little backwoods girl from Louisiana who never had any thoughts of a career in showbiz.”

Nick Thomas’ features and columns have appeared in more than 320 magazines and newspapers. He can be reached at his blog: http://getnickt.blogspot.com