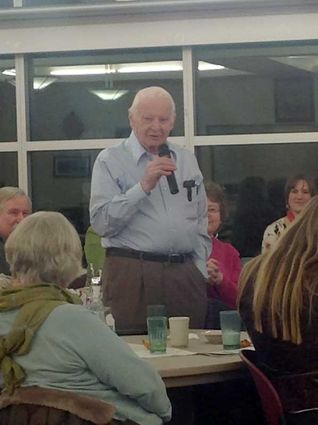 Lifelong farm researcher Sig Restad was awarded the "Life-Time Achievement Award" by the Mat-Su Farm Bureau at its annual meeting in Palmer on February 19.

The Mat-Su Farm Bureau is organized to improve the economic well-being and expansion of agriculture in the Mat-Su Valley with a focus on enriching the quality of life for Alaskan farmers.

Sig Restad worked as an Agriculture Extension agent in Minnesota when he received the opportunity to relocate to and work in Alaska in 1958. Restad recalled that he and his wife Carol packed their belongings and two small children into a truck and headed up the Alcan Highway the same year.