Can you help tell these photos' stories? 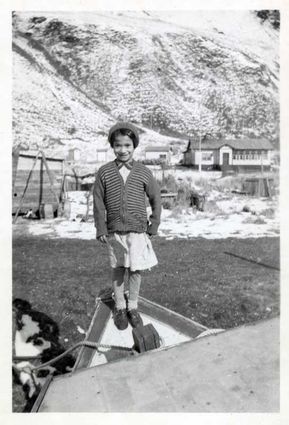 Nora Velez discovered this photo of her recently deceased mother, Lucy Kelly, while going through unidentified archival photos at the Anchorage Museum. The photo was taken in Old Harbor in the 1940s when her mother was a gradeschooler.

Nora Velez of Anchorage was flipping through archival black-and-white photographs when she came across a familiar face – her mother, Lucy Kelly, who recently passed away.

Nora was emotional: She had never seen this picture before. It was taken in Old Harbor in the 1940s and showed her mother as a gradeschooler wearing a jaunty cap and a shy smile.

The image was taken by teachers Etta and Foster Jones. After Etta's death, the Anchorage Museum acquired the couple's photographs. The image of Lucy Kelly arrived without any identifying information. Now, thanks to Velez, the museum file for this image includes a place, a time period and, most importantly, a name to go with the face.

This is just one of many success stories from the Anchorage Museum's October event in Fairbanks where the public was encouraged to look through unidentified images to see if they recognized anyone or anything.

Museum staff hopes the Anchorage event will draw as large a crowd here as it did in Fairbanks at the Alaska Federation of Natives (AFN) Convention, where the response was overwhelming. Of 441 images, AFN attendees identified 240.

The Anchorage Museum preserves a collection of more than 500,000 photographs covering a broad range of topics in Alaska's history, including the gold rush, World War II and the Iditarod Trail Sled Dog Race.

These collections are available to the public for on-site research at the museum's Bob and Evangeline Atwood Alaska Resource Center on the museum's first floor. The public is welcome to study not just photographs but also books, periodicals and maps from the 18th century through today.

The Anchorage Museum is pursuing funding to upload the newly identified images into Alaska's Digital Archives, which is available to the public online at vilda.alaska.edu. Currently this database contains more than 10,000 of the Anchorage Museum's images, as well as photographs from more than a dozen organizations including the University of Alaska Anchorage, University of Alaska Fairbanks and the Alaska Moving Image Preservation Association.

This program is supported by grant funds from the Institute of Museum and Library Services under the provisions of the federal Library Services and Technology Act as administered by the Alaska State Library.

For more information about the Anchorage Museum's archives, visit anchoragemuseum.org. 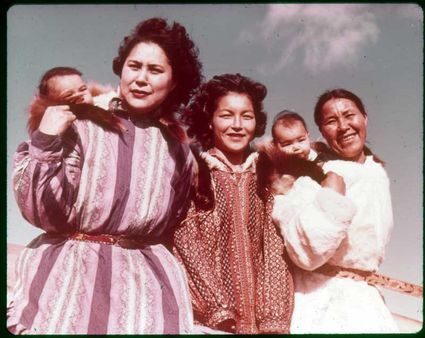 The museum has hundreds of "mystery photos" that it hopes the public will help identify at a special event May 2.

Sarah Henning is the Marketing and Public Relations Manager for the Anchorage Museum.