Marsha Hunt: The blacklisted beauty who bounced back 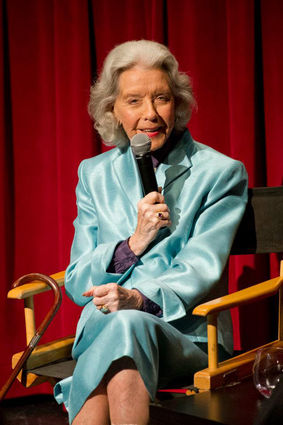 Eighty years ago, 16-year-old Marsha Hunt began her professional career with a prominent New York City modeling agency. But her real love since the age of four was acting. So, the following year, in May 1935, she headed to Hollywood.

Within weeks of arriving on the West Coast her dream was realized with a Paramount contract.

"It wasn't about becoming a famous star," said Ms. Hunt from her home in Los Angeles. "I just wanted the joy of pretending to be interesting characters and convincing audiences that I was."

She was assigned leading roles in many of her 20 films released during the 1930s, appearing with costars such as John Wayne.

"I worked with John Wayne before he was an airport!" said Hunt, referring to the many public locations now named after the legendary actor. The pair costarred in "Born to the West" (reissued as "Hell Town") in 1937, two years before Wayne became an overnight superstar in "Stagecoach."

Hunt's own star status continued to rise throughout the 1940s, clocking up another 30 films during the decade.

In 1943, she was one of 65 top MGM stars that studio head Louis B. Mayer gathered for a memorable "class photo."

"It was MGM's 20th anniversary and we were all summonsed to a soundstage one day," recalled Hunt, the last surviving actor in the famous photograph. "I had never met many of the stars, and we weren't even given a chance to mingle before or after the photo, which was a shame."

Relations between the studios and some actors, including Hunt, took a dramatic dive in the late 40s as a wave of anticommunism paranoia swept the nation. When a Congressional committee accused a group of writers of communistic affiliations, Hunt and others spoke out but found themselves vilified during the McCarthy-era Hollywood Blacklisting period.

"We called ourselves The Committee for the First Amendment, hired a plane, and flew to Washington in 1947 – the Bogarts, Danny Kaye, Paul Henreid, Ira Gershwin and other actors, writers, producers, directors – to defend our industry and the maligned writers."

Rather than being hailed champions of free speech, Hunt and others who failed to repent their action were banned by the Hollywood studios.

"I was punished by being denied work by the industry I went to defend!" said Hunt. "While it killed the momentum of my film career, I was determined to continue acting. Happily, Broadway opened up for me, then television, and eventually movies. But I was never again given film roles as richly challenging, or the same billing or salary."

If any good emerged from the Blacklisting, it was when Hunt turned her interests elsewhere. After a world trip with her husband in 1955, she was touched by the hardships and poverty of other nations.

"I came back a different person," she admitted. "I had been so focused on my acting and was now more aware of my fellow man. I wound up giving 25 years of my life to the United Nations to promote peace, progress and unity."

Because the film is a nonprofit project through the International Documentary Association, funding is still needed to complete the final stages of editing in order to be entered in major film festivals this September, a month before Hunt's 97th birthday.

"I've had an interesting life with all the highs and lows," said Hunt, who would love to see the film released this year. "I'm touched they wanted to tell my story." 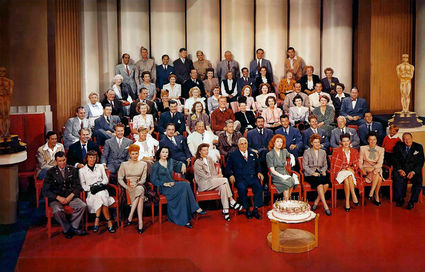 Marsha Hunt starred in dozens of films in the 1930s and 40s and is the last surviving actor from a famous 1943 photograph featuring 65 top MGM stars gathered together for a "class photo." Hunt is in the third row, fourth from right.