Buffalo, where there's something for everyone 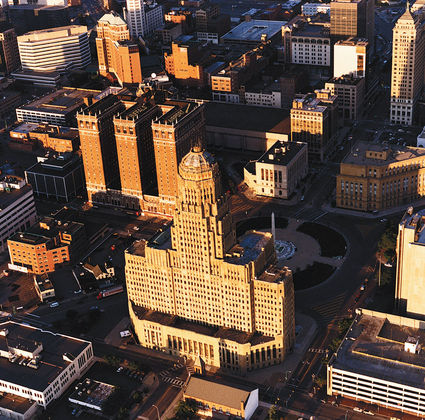 Buffalo, New York is a vibrant city filled with lots to do and discover for persons of all ages.

At the Albright-Knox Art Gallery, you can see one of the world's most impressive collections of modern and contemporary art, including works by Van Gogh, Picasso and Warhol. Across the street, you'll find the stunning Burchfield Penney Art Center, which is committed to the art of Buffalo and Western New York.

As you walk around our city, you'll come across some of the finest architecture of the late 19th and early 20th centuries, featuring buildings by Frank Lloyd Wright, Louis Sullivan, H.H. Richardson, Richard Upjohn and Eliel and Eero Saarinen.

Buffalo's emerging Canalside district showcases the city's waterfront and proud history of shipping along Lake Erie and the Erie Canal. The centerpiece of this district is the commercial slip, the western terminus of the Erie Canal dating from 1825 that has been re-excavated and restored. A system of bike trails, parks and boardwalks comprise Buffalo's Outer Harbor and offer stunning views of the lake and city skyline.

On the subject of history, you can stand where Teddy Roosevelt took the oath of office at the recently renovated Theodore Roosevelt Inaugural National Historic Site or learn about Buffalo's Native American, ethnic and industrial heritage at the Buffalo History Museum.

Mark Twain spent time in Buffalo in the late 19th century as a newspaper editor; leaves from the original manuscript of the "Adventures of Huckleberry Finn" are on display in the Mark Twain Room at downtown's central library.

The city is also filled with African American heritage; for starters, Duke Ellington, Dizzy Gillespie and other giants of jazz performed at the Colored Musicians Club, which is now a museum and still hosts regular gigs by area musicians.

If performing arts are your thing, Buffalo has some two dozen theaters, anchored by the magnificent Shea's Performing Arts Center, which hosts an annual Broadway Series. The Grammy Award-winning Buffalo Philharmonic Orchestra is led by JoAnn Falletta, who has been hailed by the New York Times as one of the finest conductors of her generation.

Sports, food and drinks for diehards

While Buffalo is justifiably proud of its chicken wings (and no trip to Buffalo is complete without a stop at the Anchor Bar, where wings first took flight 50 years ago this year), we also have 400 independently-owned restaurants, delicious local specialties, a pair of wine trails and vibrant farmers markets. Don't miss some Western New York culinary favorites, including beef-on-weck sandwiches, sponge candy and charcoal broiled hot dogs. Buffalo is also home to several breweries, including Flying Bison Brewing Co. and Hamburg Brewing Company. The first distillery in Buffalo since Prohibition, Lockhouse Distillery, opened in 2013.

Shoppers will find everything from hip boutiques in Buffalo's trendy Elmwood Village, Allentown and Hertel neighborhoods to major department stores at a number of local shopping centers and malls.

Sports fan? Buffalo has a wealth of options, including the NFL's Bills, NHL's Sabres, AAA baseball's Bisons, world-class fishing, great skiing and fantastic watersports. Kayak through the city's historic grain elevator district on the Buffalo River or rock climb up those elevators on Silo City Rocks, which is set to open in 2014.

Spend a day in the natural splendor of the Tifft Nature Preserve, only minutes from downtown Buffalo, or admire floral beauty during a stroll in the Buffalo and Erie County Botanical Gardens. A series of parks and parkways throughout Buffalo designed by renowned landscape architect Frederick Law Olmsted provide a scenic respite in the heart of the city.

The region also offers a host of family-friendly activities, from The Buffalo Zoo and Buffalo Museum of Science to the Explore and More Children's Museum in East Aurora. Military buffs will be amazed at the submarine, destroyer and cruiser permanently docked at the Buffalo harbor, part of the Buffalo and Erie County Naval and Military Park, the largest inland naval park in the country. 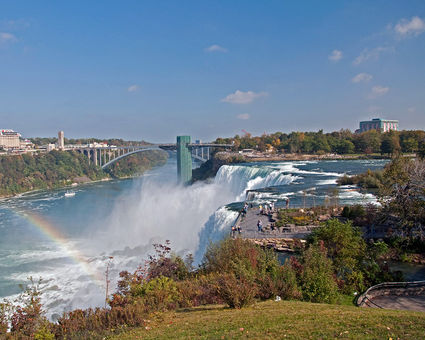 Niagara Falls is just 20 minutes away from Buffalo. At Niagara Falls State Park, you can get up-close with the roaring waters at the Cave of the Winds or venture to the base of the falls on a Maid of the Mist boat tour.

Buffalo also offers a host of ethnic celebrations, from two St. Patrick's Day parades to the Galbani Buffalo Italian Heritage Festival, reflecting the city's diverse roots. There's even Dyngus Day, the day after Easter Sunday, when polka bands, Polish food and a parade ring in the end of the Lenten season.

If incredible entertainment, dining, art and culture aren't enough for you, Buffalo has one of the wonders of the world – Niagara Falls – just 20 minutes away. At Niagara Falls State Park, you can get up-close with the roaring waters at the Cave of the Winds or venture to the base of the falls on a Maid of the Mist boat tour.

For more information about events, attractions and things to do in Buffalo Niagara, go to http://www.visitbuffaloniagara.com or contact Visit Buffalo Niagara at 1-800-BUFFALO (283-3256).