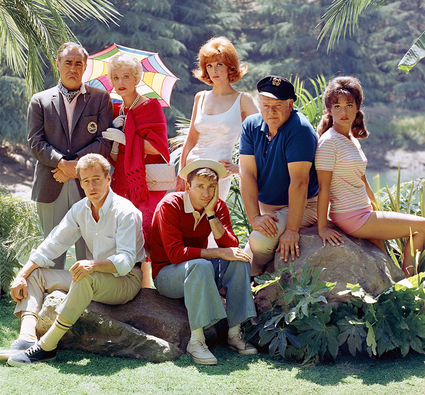 Dawn Wells, far right, is best known for her role as Mary Ann in the 1960s TV series "Gilligan's Island."

What should have been "a three-hour tour" turned into a 50-year journey for Dawn Wells, who played castaway Mary Ann in the zany sitcom "Gilligan's Island" that debuted on CBS in September, 1964.

"I'm still talking and writing about the show and it continues to gain new fans," said Dawn, from her home in Los Angeles. "If you're a 10 year old kid watching the show today, there's not much to date it – a desert island is a desert island."

To celebrate the show's 50th anniversary, Dawn draws on her life's experiences in a recently released book, "What Would Mary Ann Do? A Guide to Life," co-written with Steve Stinson.

"I wrote the book partly in response to fans over the years," says Dawn. "It's amazing that so many people still appreciate Mary Ann's sense of values."

While there are a few "Gilligan's Island" stories in the book, the focus is on down-to-earth advice from Mary Ann – and Dawn's –perspective.

"It was a fun, silly show that made you laugh and didn't preach to the audience," she says. "But there was an awful lot in the character of Mary Ann that kids could learn from today: she was fair, she pitched in to help, she had standards, she wasn't worried about a $500 purse, and she would be your best friend you could trust. I think the world is a little confused on values these days."

Although the book's advice is frequently directed toward girls and younger women, Dawn says one chapter, "Hey! Who's That Old Gal in the Mirror," is aimed at a more mature crowd.

"Sometimes I look at myself in the mirror and think 'really, I'm that age?'" said Dawn, who turns 76 in October.

"I don't know where the years went, but I'm not obsessed with it," she admitted. "As you get older, I think it's important to keep a positive attitude about life. I know I have a million things I still want to accomplish. You just have to surround yourself with things that interest you. Even though there may be activities you can no longer enjoy, there are probably many that you can."

Back on the island, there were plenty of weekly adventures to interest the seven castaways during the three seasons the show aired. Dawn says she got along with all her fellow actors – even Tina Louise (Ginger), despite the rumors over the years that the two feuded – and was particularly close to Natalie Schaffer, who played the wealthy socialite Mrs. Lovey Howell.

"The character you saw her play was pretty much who she was in real life," recalled Dawn. "She really was a grande dame, very independent, with a great sense of humor."

"She had large ankles, so she almost always wore pants rather than dresses. In fact, she wore pants before they were 'in' for women. Her hands also showed signs of aging, so she usually wore gloves on the show. And her clothes were always colorful because that made her face look bright and cheery. So she was very conscious of her age, but I thought she handled it very smartly."

Beyond "Gilligan's Island," Dawn has appeared in over 150 TV shows and films, and starred in more than 60 theatrical productions, which continue to attract her. But acting, she says, was never her plan. 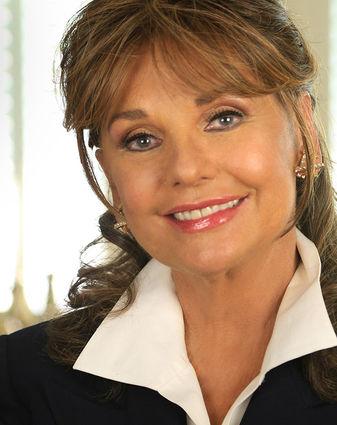 Actress Dawn Wells, best known for playing Mary Ann on "Gilligan's Island," has released a book about her life experiences. The book coincides with the TV show's 50th anniversary.

"I wanted to be a pediatric surgeon!" she said. "I went to Stephen's College in Missouri but had problems with my knees since I was a little girl. So aside from archery and canoeing, I couldn't do much PE. I took a theater course and my professor said I was so good that I should major in it."

After transferring to the University of Washington in Seattle as a theater major, Dawn was asked to enter the Miss America contest, and in 1959 run for Miss Nevada – her home state.

"I thought it would be fun to get up in front of an audience and do a dramatic scene for the contest, but never thought I would win because I was so tiny and short," she explained.

"But I won! After graduating, I told myself I would give acting a chance for one year and if it was not successful, would go back to medicine."

She never returned to med school.

Nick Thomas teaches at Auburn University at Montgomery, Ala., with features, columns, and interviews in over 400 magazines and newspapers.