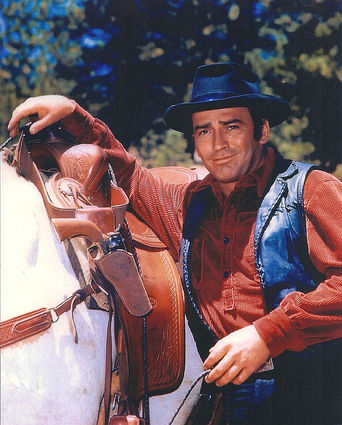 While today's television landscape is littered with so-called reality programming, westerns dominated the airways in the 1960s. One of the most popular was "The Virginian," which ran for nine seasons on NBC from 1962 to 1971, and starred James Drury as the unnamed, mystery foreman of the Shiloh ranch, set in Medicine Bow, Wy.

Drury celebrated his 80th birthday in April and, far from retiring, continues to travel the country greeting fans at western festivals (see http://www.thevirginian.net). He is also resurrecting his tough but honorable cowboy character in a new show for kids that combines live-action and animation.

"It's called 'Billy and the Bandit' aimed at 8 to10-year-olds, but adults can enjoy it, too," said Drury from his home in Houston. "Billy is the great, great, grandson of 'The Virginian' and confined to a wheelchair. He is told tales of the old West by his grandfather, played by me, and fantasizes about western adventures as he falls asleep. All kinds of stories come out of that."

With the pilot script now completed and cast and crew filming, Drury reunites in the new series with his old "Virginian" costars, Roberta Shore and Gary Clarke.

"It's an exciting project. We're looking forwarded to telling some great stories for families every week," said Drury.

Currently broadcast on cable's INSP TV, Drury isn't surprised that "The Virginian" has remained popular with audiences for over 50 years.

"It was the first 90-minute western on TV and that gave our writers an opportunity to explore detailed stories," he explained. "It was like doing a movie every week. We also had a wonderful cast of continuing characters, and with the great writing, the finest actors in Hollywood wanted guest starring roles – George C. Scott, Bette Davis, Joan Crawford and Robert Redford come to mind. Every day I'd go off to the set excited about the wonderful actors I'd be working with."

But starring in a weekly 90-minute series was demanding.

"Some days we would be filming parts of five different episodes, so it required a lot of mental concentration," said Drury. "I had a strong work ethic, so didn't mind. I did the show for nine years, but would have been delighted to continue for another ten!"

With his rugged good looks and wrangling experience, Drury was a natural TV cowboy.

"I've been riding horses since I was in diapers!" said Drury. "My grandfather put me on his Belgian plow horse when I was just a toddler. The animal was so broad, my legs stuck straight out on both sides like I was doing the splits. It's one of my earliest memories." 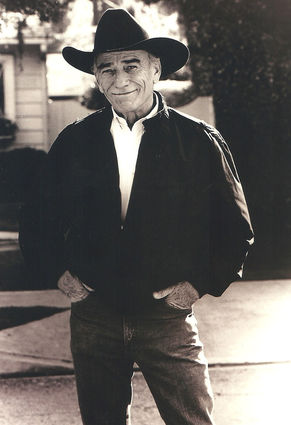 Now age 80, James Drury, is returning to Western television, starring as a cowboy grandfather in "Billy and the Bandit," being developed for cable television network INSPTV.

Born in New York City, Drury spent time growing up on his parents' Oregon ranch and developed an interest in acting after performing in a Christmas play as a child. He later returned to New York for stage work before moving to Hollywood. Along with wife Carl Ann, Drury has lived in Houston for 35 years, and off-screen has competed in cutting horse competitions, polo and dressage.

"Texas has been good to me," said Drury. "I've worked with many great horse trainers here and up through Oklahoma. I love it all – the dust, the sweat, the sunshine, and the smell of the horses."

As he did in "The Virginian," Drury plans to bring his love of the old West to 'Billy and the Bandit' and is confident audiences will embrace the show.

"There are so many cable channels now looking for new content," he said. "Westerns were morality plays where good always triumphed over evil and people respond to that. Our show retains those values of the old West. Parents and grandparents can watch it with the kids, and that's a valuable family experience these days."