And the Oscar went to ... Maureen O'Hara 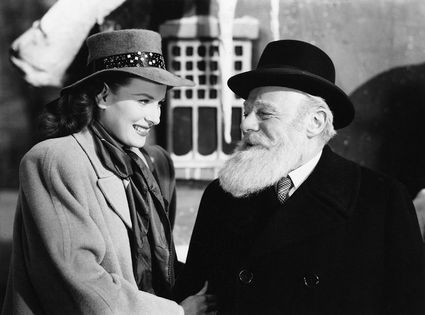 Food, family and fun are usually part of Christmas Day celebrations for many families. The festivity may also include watching old Christmas movies, with the 1947 version of "Miracle on 34th Street" being a traditional favorite.

In addition to its Christmas message, the film is remembered for its cast including Edmund Gwenn who won the Oscar for his role as Kris Kringle, adorable 9-year-old Natalie Wood as Susan, and feisty Maureen O'Hara, who played her mother.

Although she starred in other Hollywood classics such as "The Hunchback of Notre Dame" (1939), "How Green Was My Valley" (1941), and the original "The Parent Trap" (1961), O'Hara was never even nominated for a competitive Oscar.

Last month, the Academy of Motion Picture Arts and Sciences finally recognized Ms. O'Hara's lifetime achievement in film when the 94-year-old Irish actress was presented with an Honorary Oscar during the 6th Annual Governors Awards.

"It was very exciting news and I'm so proud to be recognized by my peers," said O'Hara, from Boise, Idaho, where she has lived with family since 2012.

But her first big role came in "Jamaica Inn," a 1939 film costarring Charles Laughton and directed by Alfred Hitchcock, his last film before leaving the UK for Hollywood. Though critics slammed it, audiences flocked to theaters.

"It was a tremendous success in Canada, England and the U.S.," noted O'Hara. "Hitchcock was fabulous to work with. But he couldn't help it. He had the gift of genius from the heavens and gave the world wonderful stories and movies."

Nor is it difficult to see why Laughton, who "discovered" O'Hara in a screen test, insisted on casting her in the film. She was the epitome of classic Hollywood beauty, yet not the typical helpless heroine or scream queen.

In fact, her role as a determined and fearless leading lady in "Jamaica Inn" set the stage for the strong female characters she would play throughout her career.

"It would have been hard for me to be anything else because I am close in character to the women I played," said O'Hara. "While I love being sentimental, I am a hardheaded woman, too!" 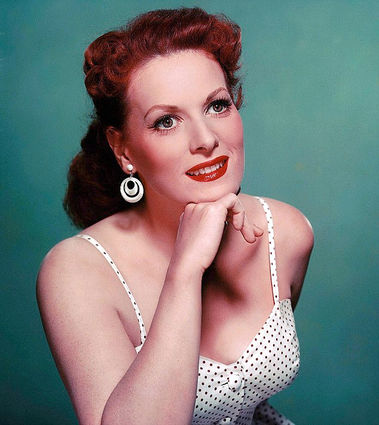 Maureen O'Hara in an early publicity photo. Though she starred in many Hollywood classics, including the "Hunchback of Notre Dame," "Rio Grande" and the original "The Parent Trap," O'Hara was never even nominated for a competitive Oscar. But in November 2014, the Motion Picture Academy awarded the 94-year-old actress an honorary Oscar.

Which probably explains why O'Hara was determined to perform many of her own stunts throughout her career. After being rescued from the gallows by Charles Laughton in "The Hunchback of Notre Dame," his stunt double lifts her high over his head atop the church tower.

"It scared the hell out of me," she recalled. "With no protective netting and I would have been killed if I'd fallen. But I'm pretty tough, and probably would have cracked the cement! It was rather silly risking permanent injury or death for the sake of a movie, but there was a thrill in it."

On Nov. 8, however, Maureen O'Hara received one of her greatest thrills at the Los Angeles Hollywood & Highland Center when she collected her Oscar, in what was a sentimental journey for all fans of the Golden Age of Hollywood.

"Thank you...thank you," she replied, when I concluded our conversation by congratulating her on the Oscar.

Thank you, Ms. O'Hara. See you on Christmas Day.