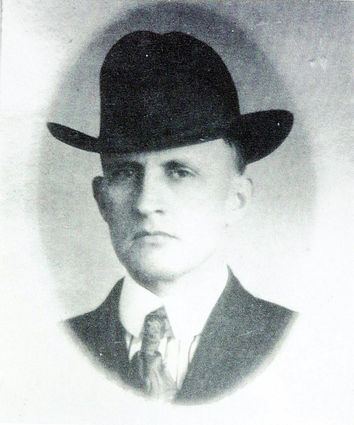 Anchorage Dr. John B. Beeson raced via dog teams to the town of Iditarod four years before the famed diphtheria serum run of 1925.

One of Anchorage's most respected doctors made a mercy run to Iditarod four years before Nome's celebrated diphtheria serum run of 1925. Early on the morning of Jan. 24, 1921, Dr. John B. Beeson hopped on a train leaving Anchorage and headed toward Iditarod after getting word through the U.S. Army Signal Corps that Claude Baker was near death.

Baker, a well-known Iditarod banker, was suffering from an old injury he'd received while serving as a guard on the gold trail outside the famous mining town. He'd been thrown some distance while holding the gee-pole, which caused internal injuries.

Along with Bill Corey and his race-winning team of setters and six malamutes, Beeson's mission of mercy began with a ride to "end of steel" near Broad Pass. The railroad crews en route laid aside all of the switching to give the mercy train clearance.

Once they hit the end of the tracks, Corey and Beeson hitched up Corey's team and raced 54 miles to Healy, where a locomotive and caboose waited to take them to Nenana.

By 11 p.m. Beeson was sitting on the sled of the "Scurvy Kid," flying down the trail out of Nenana heading north. But after only a few miles, the Kid misjudged a turn and crashed.

Beeson dug the Kid out of the snow, loaded the injured musher onto the sled and jumped on the runners. His first lesson on dog mushing took him 23 miles to Bachelors Cabin, where he left the Kid. William Jimmie, an Alaska Native, then took him another 58 miles.

Exhausted after 36 hours without rest, Beeson managed to climb into a horse-drawn bobsled and continue on his mission. It was slow going, but the horse plodded along for 21 miles, bucking in the deep snow.

An ex soldier and his team met Beeson on the trail and took him to Tolovana, where another relay was waiting and ready to help him on his journey.

Eleven dogs pulled with all their might, and the doctor's sled whipped down the Tanana River on its way to Fort Gibbon and the Yukon River. Guided more by instinct than by sight, the dogs sped through the darkness, until they hit an overflow of river ice four miles before Gibbon.

The musher plunged into the icy water and got soaked to above his knees. With temperatures hovering at minus 20 degrees, and the wind blowing a gale, the musher told Beeson he thought he could keep warm by running the last few miles.

But once they reached Gibbon, Beeson discovered the musher had frozen part of one foot and both big toes. He had to administer medical aid before collapsing into a bed at 8 p.m.

Up at 4 a.m., he ate breakfast and headed out again with another musher and 13 dogs. They sprinted 50 miles down the river to Birches, where Beeson was met by a soldier and an 11-dog team that made the 40-mile dash to Kokrines.

Indian Paul took over there and made the 30 miles into Ruby in just four hours.

Six more mushers and dog teams continued the relay for the next 190 miles through Long, Poorman, Lone Mountain, Cripple, Ophir and Shermans.

The last team, driven by Charley Brink, ran the 18 miles from Shermans to Iditarod and put Dr. Beeson at the bedside of Claude Baker just 130 hours after the doctor had stepped off the locomotive in Nenana.

The remarkable five-and-a-half-day, 512-mile adventure got Beeson to the banker and manager of the Otter Creek Dredge Co. in time to save his life. It then took him 14 days to reach the railroad on his return trip to Anchorage.