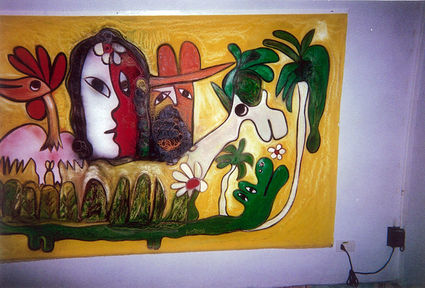 Much of Jose Fuster's artwork can be seen decorating houses and public spaces on the outskirts of Havana. He has spent more than 10 years rebuilding and decorating more than 80 houses.

President Obama in December of 2014 took the first step in removing the last vestige of the cold war by restoring relations with Cuba. The United States for over 53 years maintained sanctions against Cuba because it was a communist country depriving its citizens of democratic freedoms, freedoms which were already eliminated by Fulgenco Batista when he abrogated the Cuban constitution in 1958.

By the late 1950s, the Cuban people's negative feelings against Batista's repressive policies and government corruption were supportive of a revolutionary change. That change became a reality when the United States, under President Eisenhower, withdrew support for the Batista regime.

In 1959 the Revolution became radicalized when its leadership admitted their Communist Party affiliation. The Cuban Communist Party then sought and received assistance from Moscow, which resulted in 53 years of United States sanctions. The continued lack of diplomatic relations between the U.S. and Cuba made no sense after the U.S. normalized diplomatic relations with China and Vietnam, both communist countries.

My wife and I have visited China, Vietnam and Cuba. If one did not know that China and Vietnam were communist countries, it would be difficult to ascertain from walking down the street and interacting with the people. In the larger cities, McDonalds and KFC restaurants are a staple. State capitalization is everywhere. Young people would engage us in conversation, in an effort to test their English skills. All hotel service workers could converse in English.

My wife and I decided we would follow U.S. rules and visit Cuba under a cultural visa, which required us to enter Cuba with an organized group, per the 1992 Cuban Democracy Act. Cuban Americans could visit Cuba and their relatives without getting a cultural visa.

There were six couples in our cultural travel group. We arrived on Nov. 11, 2013, and were taken to our hotel, where we met our guide and driver. Our guide was a young woman from Santiago with excellent English skills. Our bus driver was educated as a physician, but he made more money driving a bus.

Both bus driver and guide received hard currency in the form of U.S. dollars. Dollars are converted into a Cuban denomination, called CUC, which is at the pseudo-dollar exchange rate of 25 Cuban pesos per U.S. dollar. The problem is that the Cuban peso is still the legal tender of Cuba, so a physician who makes 100 pesos a week has little incentive to work for the state when he can make more as a tour bus driver.

Since this was a cultural visit, we had the opportunity to visit and observe various aspects of the Cuban people and their culture. I found that the educated young people were well aware of flaws in the communist system but were reluctant to discuss political issues.

We had the opportunity to talk to older intellectuals and found them to be friendly but behind the times. We had several meetings with educators from the University of Havana. One held a doctorate in sociology who spoke of the great advances in Cuban society with regard to human rights and in particular the advancement of women, when in actuality most women were stay at home moms taking care of children or elders.

The sociology professor stated that she had been invited to be a visiting professor at the University of North Carolina but could not receive a visa from the American government.

On another occasion we spoke to an economics professor, who told us his daughter was a U.S. citizen in New York and he only saw his grandchildren when they came to Havana. He too could not receive a U.S. visa. The reason these two educated professors could not obtain a visa was because they are avowed communists. 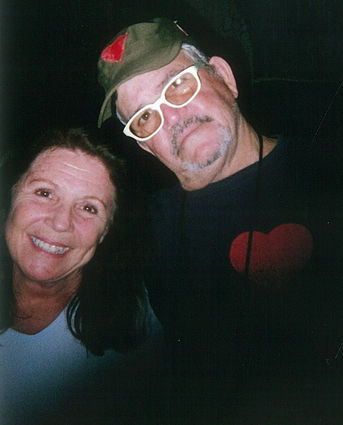 Laura Kelley poses during a Nov. 2013 visit to Cuba with artist Jose Fuster.

Toward the end of our trip we got to meet Jose Fuster, a renowned Cuban artist. Fuster is a committed communist but he walks the walk by putting money he earned from selling art into his neighborhood and country. We bought a piece of his art, and paid in U.S. dollars. There is little doubt that the U.S. dollar is the desired currency of the realm.

When we left Cuba we were required to pay a $60 exit fee in U.S. dollars.

The lifting of sanctions will make it easier for Americans to visit Cuba, but these vacation dollars will not lift Cubans from their present situation. Cuba will advance economically after it adopts a Chinese type of state capitalization, but that will take time and a committed government.

Leonard Kelley is the board president for Older Persons Action Group, Inc.