By Doris Ward
For Senior Voice 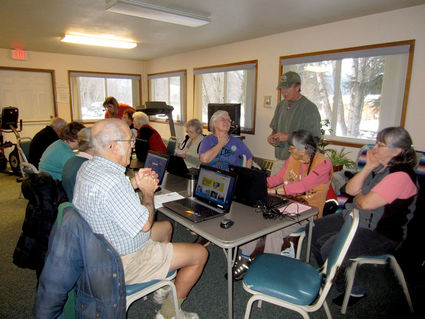 Tod Sebens helped unlock computer mysteries for Haines seniors during January. Following one senior's interest in adding to her skills, he volunteered to teach free sessions at Haines Senior Center on Tuesdays and Thursdays, 1 to 3 p.m. After a general introduction of the material, he answered individual questions from the class, which was composed of beginners to more advanced users. Site Manager Cindy Jackson said she was delighted with the enthusiastic reception of the course, the latest activity to be added to daily center choices surrounding lunch five days a week.

Wearing another hat, Tod is auditioning for "Dancing at Lughnasa," a Lynn Canal Community Players play he hopes to open in February at Haines Chilkat Center.