'Mother' of the Cordova Iceworm Festival recalls its roots, evolution 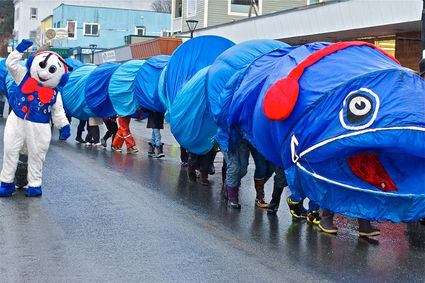 It's the 56th year for the Cordova Iceworm Festival, and for more than half of those years, Barbara Beedle chaired the festivities. Current chair of the annual event, Darrel Olsen, calls her "The Mother of the Iceworm Festival."

"It's definitely an 'only in Cordova' event," he comments, laughing, "and Barbara long spurred on all that made it one of the most unique, successful festivals in Alaska."

Planned for February 2-8 this year, where else could you find locals gathered with visitors from all over the world to take part in such quirky events as the Iceworm Breakfast featuring sourdough pancakes and reindeer sausage, the Iceworm Cake Bake, The Iceworm Classic basketball and dodgeball tournaments, a sriracha or chili cook-off, the Blessing of the Fleet at Fisherman's Memorial, a dive into an icy harbor for survival suit races, craft shows, talent shows, and the famous, signature event, the Iceworm Parade. And of course they come to see the coronation of Miss Iceworm.

"All that zany fun showcases Cordova's talents, hospitality and our sense of humor," Darrel claims. "And we wouldn't have carried on in our own, special way without the energy and dedication of Barbara Beedle for so many years. Go see her if you can. She can tell you the history."

So I went to visit with The Mother of the Iceworm Festival. Barbara is now in Anchorage, staying at Prestige Care, a rehab center and nursing home. I was excited to visit with her. Who wouldn't welcome the chance to hear stories from a woman with such a title? We sat in her room and laughed for over two hours. She was quick to point out one of her favorite wall accessories, the glossy and coveted 2015 Anchorage Fireman's Calendar.

"I've got the firemen's calendar! Golly, they are pretty good looking," she told me, admiring the fit physiques on display.

That set the tone for our visit. "I'm not sure how I wound up here," Barbara shares. "About six months ago, I couldn't walk. Eventually I couldn't talk. I had surgery. Now my legs still don't move."

But thankfully her speech has returned through therapy, and although her legs stay quiet, her hands are busy gesturing, and her eyebrows dance.

"A bunch of Cordova business men decided to start the festival in 1961," she begins, "to relieve the winter cabin fever. One of them was the pilot, M.K – Mudhole -- Smith. And I want people to know there is really an iceworm. I saw them once, in Portage Glacier."

Her eyes grow wide, remembering. "So we created the worm for a parade. It's a long, fabric deal, now 140 feet long, and 40 people get in it, to be the legs."

According to the Cordova Times on February 16, 1961, this first worm "was a beautifully put together piece of workmanship with varied and brilliant coloring." It was dragon-like, flaunting fierce, glowing eyes.

Barbara loved it. She is not so fond of the current worm.

"It got toned down. No more dragon. Mothers said it was scaring their kids. So the iceworm today is more friendly-looking, more cartoon-looking. I had the most recent one made. A friend, now 98 years-old, helped me sew the head together."

Barbara admits she doesn't care who knows her own age. "I'm 77," she offers without hesitation.

The worm has had a rough history, worm pitfalls, so to speak. Hence the several versions or reincarnations.

"I think there have been about five," she says. "It was decided to fly the first worm to Anchorage for Fur Rondy," she remembers. The worm didn't fit in the plane.

"We had to take off his head to make him fit. It used to cost just $25 to fly him up. It was worth it. We won first prize in that parade the first year. Now the Iceworm is always a part of the Rondy Parade."

She laughs, remembering other rough spots in worm history.

"One blew off the dock!" There go her dancing eyebrows and popping eyes, as she remembers. "Then one got ruined, burned!" This fact is verified in a booklet titled "Cordova Iceworm Festival," published in 1986. "Iceworm Heads for Home on High," the story is titled. "Iceworm was lost in fire that destroyed Ocean Dock warehouse building on April 4, 1968.... Cliff Collins, who was Chairman of Iceworm Committee, was in his airplane at the time. He thought he saw a peculiarly

"Oh, I remember something else fun we did with the worm." Barbara is now really warming up to her storytelling. This results in a series of worm short stories.

"We used to hide the worm's tail. It was a worm tail hunt with good prizes. Clues, little poems, were given on the radio. The tail couldn't be hidden on private property. One year, the tail blew into the water. There was no winner that year.

"Then one year, in the Anchorage parade I think, we were short a pair of feet; we needed one more person inside the worm. I grabbed a woman off the street. When we were short in Cordova, the guy on the speaker used to yell, 'The parade won't start until we get enough people up to volunteer to be in that worm!'

Mentioning buttons reminds her of another button story. "There's a different Cordova Iceworm button each year. Darrel has designed a lot of them, and people collect them, like the Rondy buttons. Oh, yeah, they love to collect them. One year a guy came into our little store and bought $240 worth of buttons.

"Fireworks! We had big fireworks displays, at the end of city dock. I usually conned someone into that."

It's a little difficult to imagine, but eventually Barbara wore herself out.

"Darrel had become my good helper, along with tons of other volunteers from all over Cordova. After my 35 years of doing this, I thought it was time for me to get lost, for me to move on." 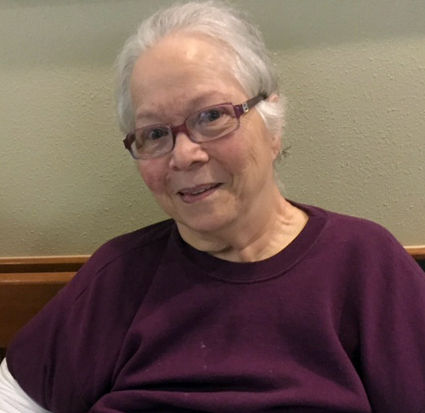 Barbara Beedle, age 77, is sometimes called 'The Mother of the Iceworm Festival,' having chaired the annual Cordova event for more than half of its 56 years. She now lives in Anchorage.

She'd been Parade Grand Marshall and done just about everything else for the festival. During the golden anniversary Iceworm Festival, when 25,000 visitors were expected to descend upon the small, 100 year-old city, she announced she was ready to retire. The booklet announcing this decision called her "the guiding light of the event."

She's been many other things during her 65 years in Cordova. "I've sold Avon, Fashion Frocks, Tupperware, Pampered Chef – but I don't even cook," she laughs. "I've sold everything – and I'm very social."

Cordova can be glad of that. She's done a fine job of selling the Cordova Iceworm Festival to me and thousands of others over many years, through her dedication and her stories. And I know I will want to go back to visit her. There are many more stories to tell, I'm sure.

To learn more about the festival, go to the Cordova Chamber of Commerce website, http://www.cordovachamber.com.