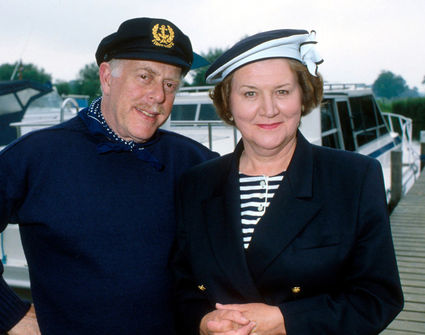 Produced from 1990-1995, the British sitcom "Keeping Up Appearances" quickly crossed the Atlantic, bringing smiles to viewers of American Public Television where the show was widely broadcast.

The success of the series, still seen on limited PBS stations today, was mainly due to the formidable acting skills of Patricia Routledge, who created the ludicrously snobbish and comical character Hyacinth Bucket (pronounced 'bouquet,' of course).

"The basic premise of Hyacinth is pretension and that's the source of so much comedy," said Ms. Routledge from London. "While attempting to be a social climber, she also had to deal with members from the other side of her family like Onslow, who sat around in his string vest drinking beer. In a way, the show was a microcosm for society."

Still busy and recently turned 86 in February, Routledge has been traveling the U.K., Europe, and Australia starring in "Admission: One Shilling," a stage presentation recounting the life of early twentieth century British pianist Myra Hess.

Regarded as one of Britain's most eminent theater actresses, Routledge graduated from the University of Liverpool as an English and Literature major.

"I didn't have any intention of becoming an actor, although looking back now I can see it was really inevitable."

Though best known in the U.S. for her TV roles (including "Hetty Wainthropp Investigates"), Routledge is also a professionally trained singer with many years experience in musical theater.

In 1968, she even visited the U.S. to star in the Broadway musical "Darling of the Day." The production only ran for some 30 performances, but yielded Routledge a Tony Award working alongside an actor known more for his malevolent rather than melodic performances – Vincent Price.

"The play was about an artist," explained Routledge. "Vincent was very knowledgeable about art and a big collector, so I suppose that's why the management brought him in. But he had not been on stage for many years and basically wasn't musical, so he did not have a good time. However, he was wonderful to work with and all the company loved him. We shared his pain in the not very positive reviews he had to endure."

The extent of Routledge's musical background was revealed in Edward Seckerson's recent British stage production "Facing the Music," in which the actress appeared for several years. 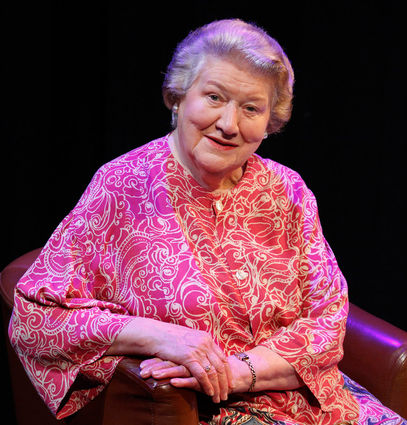 A recent publicity photo of Patricia Routledge, who turned 86 in February.

"Edward dug up my history and a lot of my old musical recordings that I had forgotten about. We have a conversation on stage about that aspect of my career," she said.

In sharp contrast to Routledge's actual singing voice, her Hyacinth character in "Keeping Up Appearances" demonstrated frightful and failed attempts to impress others with her vocal prowess, leading to many comedic situations. When combined with classic British innuendo, clever slapstick, and memorable supporting characters, the show has become a treasured comedy import around the world.

"I remember reading the pilot script and feeling confident I could knit this character together," says Routledge. "Hyacinth absolutely leapt from the page."

Nick Thomas teaches at Auburn University at Montgomery, Ala., and has written features, columns and interviews for over 550 magazines and newspapers. Follow on Twitter @TinseltownTalks.