London's allure is not bound by seasons 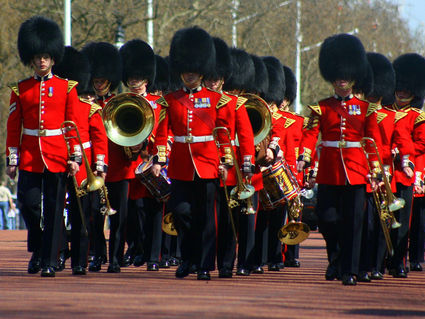 Visitors can't get enough of London's destinations and sights, including the Buckingham Palace Guards.

Yes, the termination dust is telling us that it's time to think winter and how to avoid it. You could go to Hawaii and blend in with all the other Alaskans wearing the same swim suit from Eddie Bauer.

Or you can put on your winter gear and head off to London. You will be treated like a celebrity there because you're from such a romantic place, as the Brits think – who forget their oh so many ill-fated forays into the arctic, complete with cannibalism, useless overland treks, and the peculiar British penchant for men pulling sledges filled with such necessities as books, tea sets and shaving gear. And don't forget the costumes for the plays they put on to wile away the months frozen in the ice.

Aside from all those arctic antics, London has a veritable goodie bag of things to do, museums to see, world-class theater, a properly brewed cup of tea.

We are talking seriously about a two week-trip this winter and perhaps a quick trip to Amsterdam to see a friend. Really! No hashish coffee shops, scout's honor. Remember, Europe is so small compared to Alaska that you can get through several countries in the time it takes to drive from Homer to Fairbanks. The train system there is great too.

I lived in London from 1967 to 1968 and was a nanny as well as attending the University of London. I've only been back in 1972, but since then many things have changed. There's a Ferris wheel over by London Bridge, which seems strange to me. And The Barbican, a modernistic building along the Thames, is a multi-faceted art and entertainment venue that springs up on the bank of the Thames like an industrial factory.

The Old Vic still presents plays in its intimate theater where I saw Sir Laurence Olivier in many productions, but none as memorable as "Long Day's Journey into Night." It was one of those magical theater experiences where the artifice of the set, the scenery, the costumes, the makeup and the audience all fell away.

For sure, see some shows while you are there, and there are many to choose from so check out this site http://www.londontheatre.co.uk/londontheatre/westendvenues/index.htm for what's coming up this winter.

And do attend a concert at Royal Albert Hall – the acoustics will blow you away. Mostly classical fare, there are occasional popular artists like Art Garfunkel.

Then there's a huge choice of museums. The Victoria and Albert is like a pumped-up Cooper Hewitt, with a massive collection of 2,278,183 items from textiles, to art, metalwork, furniture - you name it, the V&A has it.

The Tate Gallery on the Thames holds the national collection of British art from 1500 to the present day along with international modern and contemporary art. It houses the largest collection of Joseph Mallord William Turner - 300 oil paintings and many thousands of sketches and watercolors, including 300 sketchbooks.

The British Museum cannot be viewed in one day. I would advise taking a look at the Elgin marbles, taken off a frieze on the Parthenon in Greece by Lord Elgin, and the Greeks have been clamoring for them back ever since. Oddly, the British government bought the marble statuary from Elgin. 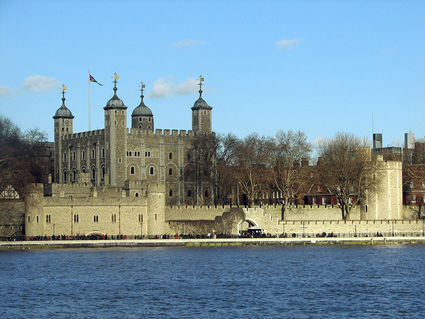 The Tower of London is another popular sightseeing destination.

If you've been watching "Mr. Selfridge" on National Public Television, which is the tale of an upstart American businessman who builds an upscale store on one of London's main streets, you know there are some very old and staid London stores to explore, like Herrod's, for instance. I was always a Marks and Spencer girl, because it carried well-made, inexpensive knockoffs of popular design when everyone else was shopping on Carnaby Street at the height of the Beatles era.

The time for sales is in January and usually the day after Christmas, known as Boxing Day, the Brit version of our Black Friday, when the gentry would regift to their staff whatever they didn't like that they received for Christmas; put it in a box with some leftover food, and if they were really nice, a bonus.

Icelandair has some good deals under $800 to London during the winter and you can include a couple of nights in Reykjavik as a stopover for free. http://www.icelandair.com.

Consider it. At least you won't have to buy a new bathing suit.