Joyce Randolph, last of 'The Honeymooners' 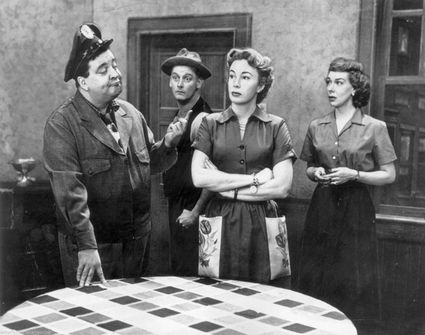 From "I Love Lucy" and "All in the Family" to "Married with Children" and "Seinfeld," structuring a sitcom around four lead characters often proved a successful formula.

"It was the perfect format for 'The Honeymooners,'" said Joyce Randolph, who starred as Trixie in the popular 1950s series based on two tenement-dwelling couples – the Kramdens and the Nortons.

As the sole surviving member of the original series cast – which included Jackie Gleason, Art Carney and Audrey Meadows – Randolph, who turned 90 last year, continues to be identified with the show.

"I worked mostly in theater and early TV, but people still recognize me as Trixie," said Randolph. "I'm amazed by the show's longevity."

"The Honeymooners" was originally a series of short sketches on the DuMont Network's "Cavalcade of Stars," and later featured regularly on "The Jackie Gleason Show" at CBS.

"I had done a breath mint commercial and got a call that Jackie wanted 'that serious actor' to audition for a skit called 'The Honeymooners' and to play the sewer worker's wife," recalled Randolph. "It didn't pay much and my character was less developed than the other three, but I was happy to have a job."

Gleason soon recognized that the chemistry between himself, Carney, Meadows and Randolph had sitcom potential, and expanded "The Honeymooners" into a half-hour series that ran initially for 39 episodes during 1955-1956. The show was filmed with a live audience at the Adelphi Theater in Manhattan, and generally without full rehearsals.

"Jackie hated to rehearse and wanted shows to be spontaneous, so Art, Audrey and me would go over the script together on Saturday mornings," said Randolph. "Jackie ran everything and nobody told him what to do. He was extremely talented, and for a big guy was incredibly light on his feet doing physical comedy. For one roller-skating skit, I went with Art and Audrey to practice at a roller-skating palace here in New York. But we never saw Jackie practice. He just came out on the skates and amazed us."

Gleason, however, was not the most convivial of coworkers.

"Jackie was a very strange man, not overly friendly and very moody," said Randolph. "He just never sat around and talked. Audrey was very professional and would have the whole script memorized. If Jackie forgot a line, she got him back on track. Art was quiet and it was well-known he had a long history of problems with alcohol, but was a wonderful and talented guy."

And while fans like to imagine their sitcom stars from a favorite show paling around after hours, that wasn't the case with "The Honeymooners" foursome.

"We just didn't hang out," said Randolph. "At nine o'clock, when we finished filming, we all went our own way."

Randolph continued in the role when it once again became part of a new Jackie Gleason show. But when Gleason moved to Florida and revived "The Honeymooners" in several TV movies and in another show from 1966-1970, Randolph wasn't invited. 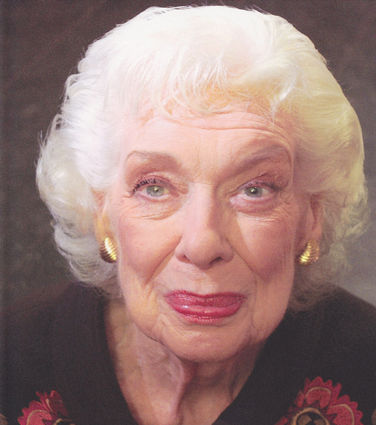 Joyce Randolph in a recent photo provided by her son, Randy Charles.

"Years later I saw Audrey and she said Jackie had looked for me, but couldn't find me," Randolph recalled. "Well, that was a lot of nonsense. Jackie wanted to use his long-time friend Jane Kean to play Trixie, and that's what he did. But that was fine with me because I wasn't going to move from New York where my husband had his job and I was happily raising my son."

"Strangers still come up and want to hug and kiss me and tell me how much they love the show," she said. "You learn to accept it, but it's fun and people are nice. The show continues to influence my life."

Nick Thomas teaches at Auburn University at Montgomery, Ala., and has written features, columns, and interviews for over 600 magazines and newspapers. Follow on Twitter @TinseltownTalks.