Staying close in a time of uncertainty

Where to travel when there is turmoil everywhere? 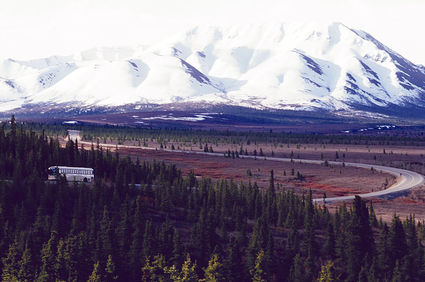 Stop taking your state for granted and do some exploring. Take a bus ride through Denali. If you never have, shame on you – it's a dream destination for travelers worldwide.

I remember the morning of 9/11 when I woke out of a deep dream that my truck was in the emergency room for repair but it was so full of people I had to abandon it, then there was a long stairway that dropped to nothingness so I popped into a bar on one of the floors and the bartender said, "Last call," as the ceiling began to lower. Really, no fooling.

That day changed America, but it was in Alaska and the small town of Skagway where it seemed most apparent. Pre-9/11, you could cross the border into Alaska from Canada by just stopping at the border station, standing in front of the video camera and stating who you were, where you were going, where you were staying, and your license plate number. At times, locals would add a song and dance or recite a poem.

The border shut tight in the aftermath and its hours are now defined by the time of year. In winter, it's not open around the clock any more and in summer it's only open from 8 a.m. to midnight.

In the ensuing years, the projection that travel to Alaska would be impacted by terrorist threats had the travel industry in a tizzy, and in 2010 Gov. Sean Parnell succeeded in having the cruise ship head tax cut from $46 to $34.50 per passenger. Plus the cruise ship industry had been arguing in court that the 25 percent portion of the tax dedicated to infrastructure projects outside the port community was illegal.

It's too bad Parnell didn't stand fast, because the visitors who travel here come every year for decades.

Alaska is the stuff of dreams, of adventure, of wild animals and wilder men and women, or why else would there be so many Alaska reality shows? Alaska is just plain sexy and attracts like a pheromone.

I've said this before: If you're worried about cost or danger, travel your state or hop on over to the Yukon, British Columbia or the Northwest Territories.

Yes, the Anchorage bowl is pretty, and so is Turnagain Arm, but really, to have your morning coffee looking out on Seldovia Harbor with mountains and eagles and fishermen heading out to sea, is heaven

Travel throughout the state expands your love and understanding of the rest of Alaska. It might even make you a supporter of projects and infrastructure outside the Anchorage bowl because you've seen the place and talked to the people. Like the Alaska Marie Highway System, where a study just found that the state's $117 million contribution in general funds to the ferry system in 2014 had a total economic impact of $273 million.

If you have Alaska Airlines miles, it's a mere 15,000 miles to travel anywhere in the state – and that's a real deal. Just to fly from Anchorage to Barrow ranges from $600 to $750 depending on the time of year.

Alaska has many parts - go see them. 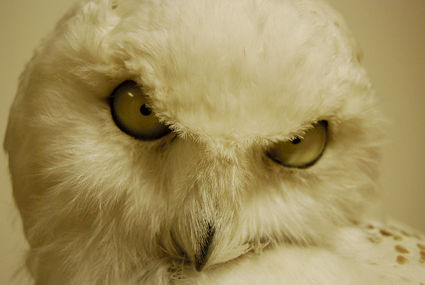 See a snowy owl in Barrow – or at least a stuffed one at the Uñupiat Heritage Center.

To go to Canada, yes, you need a passport. And getting pre-approved for a flight from TSA is easy. Make an appointment or walk in at the Ted Stevens International Airport or the Fairbanks International Airport, and for $80 apply for a KTN number. Go to http://www.tsa.gov/tsa-precheck/apply for more information.

Participating airlines will print an indicator on your boarding pass so when you arrive at the airport, look for signs for the lanes.

With a pre-check you don't have to remove your shoes, laptops, 3-1-1 liquids, belts or light jackets.

Or just get in the car and drive - it's so easy in a state with few roads. Explore them all. Happy Trails.