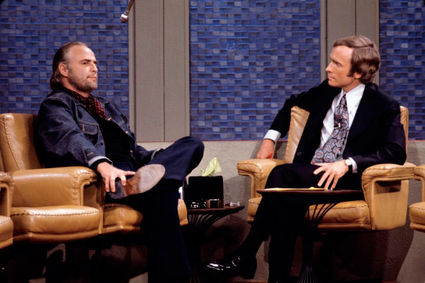 Dick Cavett fans can enjoy classic episodes from his 1960s talk show, including his interview with Marlon Brando, with the show now airing on the Decades Network.

The battle for late-night talk show dominance is nothing new to TV audiences. In the 60s and 70s, three prominent hosts sometimes went head-to-head for the coveted ratings bragging rights.

"There was a time when Johnny Carson, Merv Griffin and myself were all opposite each other," noted Dick Cavett from his home in New York.

With the addition of "The Dick Cavett Show" to the Decades Network line-up at the beginning of February (see http://www.decades.com for schedule), the trio of former competitors are again filling late-night niches, this time as reruns on cable networks – Carson's "Tonight Show" on Antenna TV since January and "The Merv Griffin Show" on getTV since last October.

"We all had great entertaining guests, but it was also a rough period for America – Vietnam, Nixon, civil rights and a bevy of assassinations," said Cavett. "People seem to like the nostalgia of these old shows, even if it means looking back at troubled times."

Transplanted from the Midwest to New York, Cavett began his journey to late-night as a copy boy for Time magazine in 1960. After sending some jokes to then "Tonight Show" host Jack Paar, he was soon hired as a writer.

Throughout the 60s, Cavett continued to write for others, including Carson, as well as tackling stand-up himself, but eventually inherited his own daytime show at ABC in 1968.

Known for his in-depth and well-researched interviews, enlivened with a touch of witty commentary, Cavett soon graduated from daytime to late-night as "The Dick Cavett Show" and attracted guests that competitors envied.

"Fred Astaire rarely gave interviews, but wanted to come on my show," said Cavett. "When he did, he danced for God's sake, and the audience went wild."

But not all Cavett's guests were so obliging, such David Bowie's 1974 tense appearance, in which the singer fidgeted with a cane throughout the interview.

"He was the single most nervous guest I ever had," noted Cavett. "I wanted to take that cane and throw it in the orchestra."

A year earlier, Marlon Brando's appearance was a scoop, although the actor preferred to discuss the plight of Native Americans rather than acting.

"When I asked for his thoughts on the success of 'The Godfather' movie, he mumbled that he didn't want to talk about films," recalled Cavett. "So I quipped 'Did you like the book, The Godfather?' That got a big laugh from the audience and after he paused, he threw me that million dollar Brando grin."

A huge Marx Brothers fan, Groucho Marx was one of Cavett's early guests.

"Groucho came on with his writing friend Harry Ruby and it was pure gold. But that's one of the early episodes that went missing, probably recorded over when studios reused videotapes. It still gives me bad dreams to think the tape might have been turned into 'Let's Make a Deal.'" 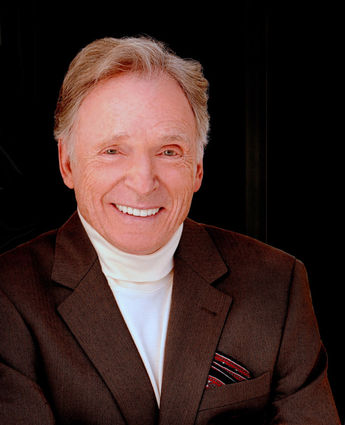 Dick Cavett today. He will turn 80 in November.

Cavett became friends with Groucho, but says that was an exception, rather than the rule. He was also more than just a rival to one of his late-night competitors.

"Johnny Carson and I were actually good friends," said Cavett, who turns 80 in November. "About a year before he died, I had a wonderful evening with him at a restaurant and we talked for hours about our shows and some of the guests we had over the years."

Many were among the greatest celebrities of the Twentieth Century (see http://www.dickcavettshow.com).

"People have been asking me constantly over the years if they will ever see all those full episodes of 'The Dick Cavett Show' on TV again," he said. "Well now they can."