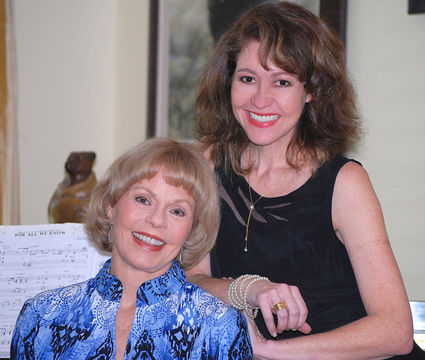 She put the "Tennille" in the popular 70s music duo of "The Captain and Tennille" and enjoyed two huge number one Billboard hits – "Love Will Keep Us Together" and "Do That to Me One More Time." But Toni Tennille also brushed shoulders with Hollywood's biggest stars.

Born and raised in Montgomery, Ala., Toni recently left five decades of West Coast life behind her, as well as nearly 40 years of marriage to musical partner Daryl "The Captain" Dragon, and returned to the South.

"It took two years to write and looks back at my childhood growing up in the segregated South," she said.

After arriving in California in 1961, Toni worked in Repertory Theater, wrote music, and eventually met and married musician Daryl Dragon. When The Captain and Tennille exploded onto the pop music scene in 1975, they were given their own primetime weekly TV variety show on ABC, also called "The Captain and Tennille."

Toni says working with the weekly guests was a highlight. "I was so excited about meeting all those fabulous stars like George Burns and Bob Hope."

A reoccurring skit throughout the series was "Masterjoke Theater," where a guest would perform a short monologue and close by tossing a pie in his own face.

"Big stars like Vincent Price, Raymond Burr, Bob Hope and Tony Randall were all game to be silly."

`The show, however, only lasted one season. But with her cheerful and engaging personality, Toni was back on television again in 1980 starring in her own program, "The Toni Tennille Show," a nationally syndicated series featuring musical numbers and her interviews with special guests. She also drew on advice her mother had offered years before.

"She once told me: 'Toni, always be really nice to your lighting guys, because they can make you look like an old hag if they want!' So that's what I did."

The show only lasted a year, too, but the parade of stars was once again stellar and included Ginger Rogers, Ernest Borgnine and Charlton Heston. However, one of her most memorable encounters occurred off-screen at Dodger Stadium in 1978.

"I used to sing the National Anthem there," she recalled. "I was sitting at a table during one of the events and a man came up to me and said 'Miss Tennille, I'm Cary Grant. I just wanted to tell you that I have never heard the National Anthem sung more beautifully.' Wow, such high praise from Cary Grant. And I found it so endearing that he felt the need to introduce himself to me."

Her glitzy entertainment career now in the distant past, Tennille, 75, says she found the perfect house last summer after moving to Florida, and easily slipped back into Southern living.

But her decision to divorce Daryl in 2014 took many fans by surprise, as the duo was publicly perceived as a devoted couple performing their string of love songs for years. However, says Toni, throughout the marriage there were problems that became overwhelming, so it was time to move on.

"We were not the lovebirds that the public saw," she said. "We still talk regularly and care for each other. But my message for people who are in a bad relationship is to get all the help you can to remove yourself from the situation. We all deserve happiness." 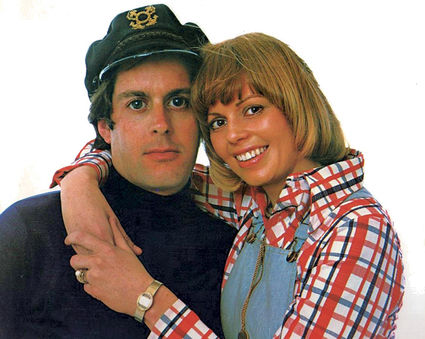 Toni Tennille with Daryl "The Captain" Dragon during their 1970s heyday. The couple recently divorced after writing and performing together for 40 years.