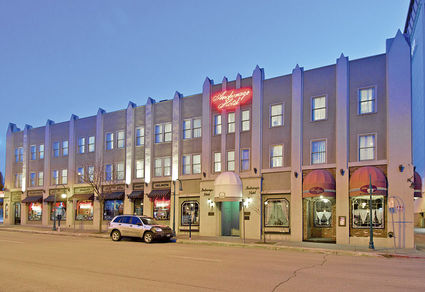 When you travel to Anchorage, yes, you can stay downtown at the Sheraton, Hilton or Captain Cook, but why not try something with more of an Alaskan flavor?

This year the Historic Anchorage Hotel turns 100 - that's a big deal in a state that's only 57 years old, although Anchorage did celebrate its centennial last year.

Like the state and the city, the hotel has a colorful past.

The original hotel building was built in 1916 but torn down some years later. The current hotel, an annex to the older property built in 1936, stands near the corner of E Street and West 4th Avenue. Designed by E. Ellsworth Sedille, it has a Gothic design and was one of the tallest buildings in Anchorage at the time. The annex was added to the National Register of Historic Places on April 15, 1999.

The hotel is only a short distance from the Anchorage Museum at Rasmuson Center, the Alaska Center for the Performing Arts, and the Dena'ina Civic and Convention Center.

What's striking as you first walk in is that this is a hotel in the grand style with a proper lobby to welcome guests and give people a place to meet and mingle.

Notables stayed a night, some never to return

The hotel boasts a past of famous guests and a legacy of ghostly apparitions.

• Wiley Post and Will Rogers spent their last night in Anchorage, in fact alive, before their fatal crash into Walakpa Lagoon near Barrow.

• Famous mountain man Bob Marshall, who traveled to the Alaska wilderness and wrote numerous articles and books, including the bestselling 1933 book "Arctic Village."

• President Warren Harding stayed here during his swing through Alaska in 1923, before dying of possible shellfish poisoning while traveling in Southeast, although the cause was never known. To this day accusations fly across Lynn Canal of Skagway or Haines having served the tainted meal.

• and Walt Disney – scouting for locations?

• And the painter Sydney Laurence spent many of his years in Alaska painting in his studio, which was located in the hotel lobby, while he lived in an upstairs apartment. It is kind of fitting, because he's buried in the Anchorage Cemetery, a few blocks away from the hotel and near the Anchorage Museum where many of his paintings are displayed.

Paranormal activity has been reported so frequently that Outside media have come to the hotel to try and catch its ghosts in action. With cameos on Today, MSNBC and a video online by The Travel Channel at http://www.travelchannel.com/shows/legends-of/video/anchorage-hotel-s-busy-ghosts, you would think management would discourage the publicity. Not so: guests are encouraged to record their sightings on a ghost log at the front desk.

It is thought the paranormal activity is related to the death of Anchorage's first Chief of Police John J. "Black Jack" Sturgus, who on February 20, 1921, at 9:15 p.m., was found shot in the back with a bullet from his own gun just steps away from the hotel. Like any good lawman, he returns to the scene of the unsolved crime to seek justice for himself.

A base for exploring 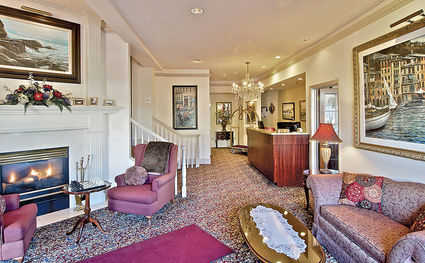 The hotel is filled with stories and charm, including the vintage lobby.

The restored hotel offers 26 cozy, welcoming rooms that are ideal for romantic getaways, family vacations, small group trips or corporate travel. Choose from the Standard Room or Junior Suite that include complimentary Wi-Fi, large-screen TV, coffeemaker with complimentary coffee and tea, microwave on request, free local phone and wake up calls, and the rooms are wheelchair accessible.

The hotel offers complimentary continental breakfast in the rustic barroom, which actually doesn't serve any liquor, and does not have the obligatory dead animal head ala Alaska style hanging on the walls.

It also offers basic fitness facilities, but a good walk about town will be good to orient you to Anchorage's easy grid street layout - one of the benefits of a young city.

Guest parking is available for $10 a night. Call 907-272-4553 for reservations or go online to the website http://www.historicanchoragehotel.com. Sign up here for specials that include all kinds of good things like a carriage ride and a dinner at Orso.

There is an AARP discount rate of $206 a night when you book, so you're good to go.