Barbara Bain takes on many missions 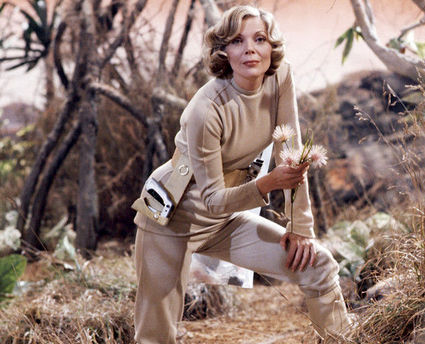 Two decades ago, Barbara Bain embarked on a mission many might have considered impossible: to convince children that books and reading could be fun.

"I volunteered in a daycare and just started reading to the kids one day as we sat on the lawn," said Bain, who starred in the TV series "Mission: Impossible" and "Space: 1999."  "They seemed to really enjoy it and were very responsive."

The actress soon recognized the potential of her simple act of kindness.

"I thought of all my acting colleagues in the Screen Actors Guild (SAG). Every one of them has to read well in order to get a role and, of course, actors love an audience. So I went to SAG and our mayor, and we created BookPALS" (see http://www.bookpals.net).

Today, the program has branches around the country with over 2,000 volunteer actors reading to students in classrooms, shelters and hospitals. "The readers love it and the kids are absolutely enthralled. Who better to take the words from a page and bring them to life than actors."

Bain, who turns 85 this month, can also still bring words from a script to life in a theater or on the big screen.

"It's about a group of retirees who are getting thrown out of their apartment complex," explained Bain. "It's a wonderfully written story with each character incredibly well-defined. The casting was brilliant with veteran actors like George Hamilton, Mariette Hartley, (the late) Alex Rocco, and Howard Hesseman. At times we would look at each other and laugh, because we were still making movies and having such a good time."

Unlike some TV stars from the '60s and '70s whose careers were often defined by a single role in a popular series, Bain is recognized for creating two iconic characters: scientist Dr. Helena Russell in "Space: 1999" and Cinnamon Carter in the spy series "Mission: Impossible."

She is especially proud of the Carter character, which led to Emmy Awards each year between 1967-1969, the first actress to win three consecutive Emmys.

"Very few shows at the time depicted strong women characters," she said. "You either played a wife stirring a pot in the kitchen in a sitcom, or the dance hall girl in a western – a good girl or bad girl." 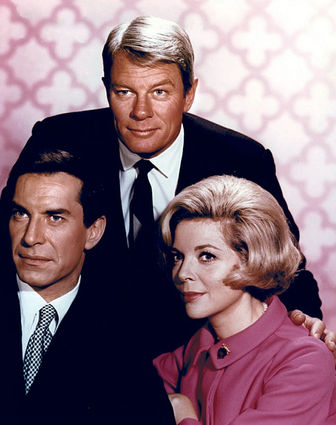 Barbara Bain with Martin Laundau and Robert Graves in "Mission Impossible." She is especially proud of her Mission Impossible character, Cinnamon Carter, noting that very few shows at the time depicted strong women characters. She won three consecutive Emmy Awards for the role.

Even today, 45 years since she undertook her last impossible mission, Bain continues to hear stories from women inspired by the character.

"They stop me at the supermarket and explain how they got into law school or some other profession because of the character," noted Bain. "Carly Fiorina, the former CEO of Hewlett-Packard (and presidential candidate in the 2016 Republican primary) wrote in her autobiography that the character also inspired her. So no question it was a groundbreaking role."

But away from the cameras, Bain's off screen mission to promote an interest in reading among children has proven to be a possible and sustainable one.

"I hope the kids involved in the BookPals program have been inspired to learn," she said. "I've always found joy in my work and hope they will too."