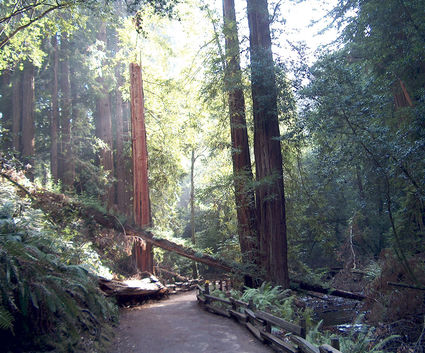 This year the National Park Service celebrates its 100th birthday. Help them celebrate with a visit to one of their parks and/or monuments. There is bound to be one near your home. America owes a big thank you to John Muir, whose writings convinced the U. S. government to protect Yosemite, Sequoia, Grand Canyon and Mt. Rainier as national parks. Think what would have happened if they were not protected or fell into the hands of private promoters. Another thank you goes to Theodore Roosevelt who, while president, created the National Forest Service. U. S. citizens over 62 can get a lifetime pass to the parks for $10.

1. Muir Woods National Monument. John Muir wrote: "Only by going alone in silence, without baggage can one truly get into the heart of the wilderness." Surely he was thinking of this as he walked through the towering redwoods at this park just a short distance from San Francisco.

2. Sagamore Hill National Historic Site. In Oyster Bay, Long Island, New York, tour the Queen Anne-style home of Teddy Roosevelt to learn about the many facets of his personality, not the least of which was his love of nature.

3. Yellowstone National Park. Yellowstone was the first national park and is one of the few large national areas remaining in the lower 48 states. It is home to Old Faithful, just one of the 10,000 geysers and hot springs. There are cultural sites dating back at least 10,000 years.

4. Katahdin Woods and Waters National Monument. In honor of the parks' centennial, President Barack Obama added this Maine site to the national park system. The park has over 87 thousand acres of mountains and wilderness. Visitors can canoe, kayak, hike, fish, bird watch and enjoy skiing and snowmobiling on designated trails.

5. Wrangell-St. Elias National Park. This Alaskan park, the largest in the National Park system, is larger than each of the nine smallest U.S. States and larger than Switzerland. Visitors can explore the historic mining sites, hike the mountains, float on its rivers, ski on glaciers, and marvel at the wildlife.

6. David Berger National Memorial. The smallest national park is near Cleveland in Beechwood, Ohio, on the grounds of the Mandel Jewish Community Center. It covers only a few square yards and honors David Berger, a weightlifter with dual U.S.-Israeli citizenship, who was one of the 11 Israeli athletes killed by Palestinian terrorists at the 1972 Munich Olympics.

7. Great Smoky Mountains. The most visited National Park is the Great Smoky Mountains NP, which draws more than ten million visitors each year. Most see the park from the scenic mountain highway but there are 800 miles of hiking trails crisscrossing North Carolina and Tennessee. 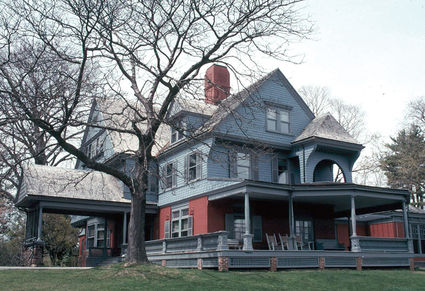 8. Buffalo National River. According to National Geographic this is one of the most underappreciated national parks. It was designated America's first official national river in 1972 and prevented the river from being dammed to form a reservoir. People now can canoe or raft the 135-mile Ozark river. In one place the sandstone cliffs rise 400 feet.

United States. Ellis Island is part of the site and is home to an immigration museum.

10. Leave no trace. More than 300 million people visited the national parks in 2015. The 409 parks consist of 84 million acres and are located in all 50 states. It is important to preserve the park for future visitors, so take lots of pictures but leave no trace of your visit.