Remembering the Klondike's other Kate 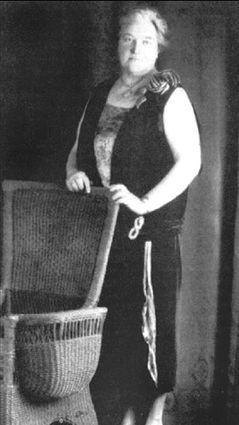 Kate Ryan was affectionately called Klondike Kate by those close to her, but didn't like being confused with the notorious dancehall girl of Dawson fame.

Anyone interested in the Klondike gold-rush era has heard of the infamous Klondike Kate, a dancehall gal who mesmerized miners with her moves. Kathleen Rockwell earned quite the reputation for her flirtatious dancing. But there was another girl named Kate who also traveled north and gained some notoriety as a cook, nurse and jailer.

Ill-fated love led this Canadian girl to set out for the Klondike in 1898. When Katherine Ryan heard newspaper boys shouting out the headlines about gold found in the Yukon, she decided to head off into the rugged terrain to seek adventure.

Ryan was the authentic Kate, according to Ann Brennan in her book, The Real Klondike Kate. She'd first made her way to Seattle, then Vancouver, after she'd given her heart to a man who would never be hers. She'd fallen in love with Simon Gallagher, part of the local gentry from her hometown of Johnville, a rural community northeast of Bath in Carleton County.

Gallagher's mother, however, would not allow the two of them to be together, since Ryan was from a poor family and not worthy of her son. After the mother insisted her son enter the seminary, Ryan headed to Seattle to become a nurse in 1893. When she heard the news of gold strikes in the Klondike, the 28- year-old hopped on board a steamship bound for Southeast Alaska in February 1898. While thousands of stampeders headed to the Klondike via the Chilkoot Trail out of Skagway, Kate Ryan chose the less traveled Stikine River route out of Wrangell.

While in Wrangell, she offered to cook for a group of North West Mounted Police, who then gratefully included her with their group to hike the muddy and brutal Stikine trail. They trudged through deep snow, praying the weather would not warm and turn the river into a torrent of wet fury.

When the policemen stopped to make a permanent camp, Kate continued on alone in her quest to reach Glenora, a tiny settlement built for about a dozen people that had swelled to more than 3,000 as prospectors streamed in on their way to the Klondike.

Kate spent the summer in Glenora, operating a restaurant in a new hotel and washing clothes. Then she bought supplies and continued her journey, leading a string of packhorses up the trail from Glenora to Telegraph Creek and on to the Teslin Trail. She swapped her horses for a sled and dog team in Teslin City, and then made her way to Atlin camp, 60 miles away, where she'd heard her medical skills were needed.

Atlin, which consisted of a few log buildings and half-a-dozen tents in winter 1898, proved to be a challenge for Kate. She started another restaurant in a 12-foot-by-14-foot canvas tent and practiced her nursing upon the sick.

The next spring, she packed up her meager belongings and walked on to Whitehorse. There she pitched her tent, put on a pot of coffee and hung a sign reading "Kate's Café" outside the door. After two years, she built one of the first frame houses in Whitehorse and took space in a new hotel for her restaurant.

When the Mounties approached her and asked if she'd consider becoming the first "constable special" to guard women in the Whitehorse jail, she agreed. With a height approaching six feet, she never had any problems with the "troubled" women she came across.

Ryan, who never married, remained in Whitehorse until 1919 raising her widowed brother's sons, running her business and working as a gold inspector for the Mounted Police. She died peacefully in Vancouver in 1932.