Now is a great time to visit London 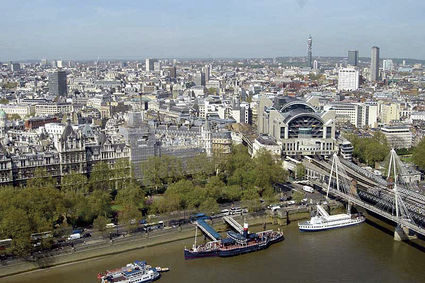 While the traditional London skyline has been somewhat crowded out due to new construction, particularly the Barbican, this walking city reveals itself at ground level in block after block of wonderfully preserved architectural gems.

Thanks to the inherent isolationism of Brits, Americans can benefit this winter from the country's vote to leave the European Union. The pound has fallen to levels not seen since the mid-1960s - now at $1.30 as of the last week of September.

If you're an Alaska Airlines frequent flier, do go with British Airlines for a mere 65,000 miles for coach. The spaciousness of BA's seating will leave you to forever grumble.

The play's the thing

I was lucky enough to have spent 1997 to 1998 in London while my Dad was on sabbatical, and the family went to a play, symphony or a museum every week in London. If you enjoy the theater, and there is no better in the English-speaking world, then grab a seat. Tickets run from $15 pounds and up. Gone are the days when you could stand at the back for 50 cents.

Peter Pan plays in November and Ibsen's Hedda Gabler in December at The National Theater, that hotbed of brilliant acting that gave us John Gielgud, Ralph Richardson and Laurence Olivier, and now Benedict Cumberbatch.

There's also musicals like "Wicked," "The Lion King," and "The Three Penny Opera."

Sadly, the D'Oyly Carte Opera Company was disbanded in 1982 and performed Gilbert and Sullivan musicals exclusively. There is a touring company that still performs today, albeit sporadically and in association with the Scottish Opera.

Choose from the perfect round space of Albert Hall to the soaring Barbican Centre - an architectural surprise on the Thames River in comparison to the surrounding historic buildings. John Adams, sadly the Californian and not the John Luther Adams the Alaskan composer, will have his "El Niño" performed with the London Symphony Orchestra there.

Royal Albert Hall is a must with its crystal-clear sound and, best yet, Friday events are free. Paul Simon plays in November and in December it's Christmas carols all the time including sing-a-longs.

London is an excellent walking city but also has a great transportation system. I recommend taking buses, especially double deckers where you can see the architecture up close and see where you're going.

In the Tube or the Underground, as Londoners call it, it is a breath-taking trip via escalators down and down into the bowels of the city. You'll understand why it was a perfect bomb shelter during the Blitz, the bombardment of the city during World War II.

If you strike out from Marble Arch, a station on the Tube, at the north end of Hyde Park, you're within striking distance of the Royal Palace with its Changing of the Guard and Piccadilly Circus to the south, while a quick stroll on a Sunday brings you to Speakers's Corner where people stand on boxes or climb ladders and expound on whatever they think is important. Past speakers include the likes of Karl Marx, Vladimir Lenin, George Orwell, C. L. R. James and Marcus Garvey.

I once saw one guy pull a newspaper out of his pocket and just run through article to article and sound off on each. This is the cheapest theater in London.

Nearby Hyde Park and off Curzon Street is one of my favorite places in London - Shepherd Market. It's a Dickensian adventure. Walk under the stone arch and into a Victorian corner that defies time.

Lift a pint of Whitbread Brown Ale for me at Ye Grapes. Here was the first time I ever got drunk - and I was with my parents-after hitting the potent bottom of the barrel.

Close by is Barclay Square, where I was taken to sober up. The American Embassy is also in the neighborhood, where my brother and I got swept into an anti-Vietnam demonstration in 1967.

Shopping on Oxford Street is also near, including the bargain basement Marks and Spencer and the tonier Selfridges. 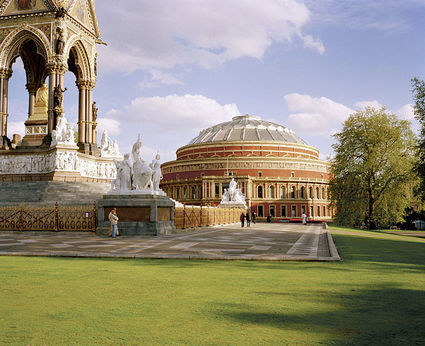 Albert Hall, in all its rotund glory, boasts incredible acoustics.

• The Victoria and Albert, which could be considered Britain's storage unit. It's like an Alaskan's front yard-everything ever made is there.

• The British Museum with its spoils from the country's years of exploration and colonialism, and the world's best collection of the works of Turner and Constable.

• The Tate Museum along the Thames with its collection of British art from 1500 to the present day. Included is a great representation of the romantic works of the Pre-Raphaelites.

Allow yourself some time on this trip to just jump on a bus and see where it takes you, and discover your own favorite places. Maybe places with names like Elephant and Castle will catch you, or perhaps Cheapside.