There are many reasons to visit historic cemeteries 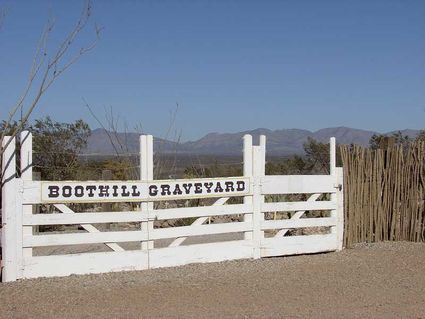 Boothill Graveyard in Tombstone, Ariz., is a place of Old West legends.

Cemeteries might not seem like a likely place to visit as a tourist but they are. Some people visit cemeteries to pay homage to presidents, artists, poets and other influential individuals. Others go to admire the art and architecture, while still others find the beautifully landscaped gardens a place to reflect.

1. Arlington National Cemetery. The military cemetery located just across the Potomac River from Washington, D.C., is the most visited cemetery in the United States. It is the grave site of President John F. Kennedy and his wife, who wanted him buried there because "He belongs to the people." The Changing of the Guard at the tomb of the Unknown Soldiers has taken place every day without interruption since 1937.

2. Gettysburg National Cemetery. This Pennsylvania site is the final resting place for more than 3,500 Union soldiers killed in the Battle of Gettysburg, considered the turning point in the Civil War. There are numerous monuments including one to President Abraham Lincoln where on November 19, 1863, Lincoln gave his famous Gettysburg Address speech.

3. St. Louis Cemetery No. 1, New Orleans. There are many tours of this cemetery where, because of the high water table, the deceased are interred in above-ground, whitewashed crypts topped with statues. It is a stop on the African-American Heritage Trail. Many noted individuals are interred here including political figures and New Orleans' famous voodoo priestess Marie Laveau.

4. Colonial Park Cemetery. With live oaks draped in Spanish moss it is Savannah's oldest and most haunted cemetery. Savannah did not suffer the ravages of Gen. Sherman's march to the sea but the troops still left their mark. The soldiers changed the dates on dozens of headstones indicating that some of the interred lived 100s of years. According to Josiah Muir's stone he was 11 when he died and his son died the same year at the age of 12.

5. Lakeview Cemetery. The Cleveland, Ohio, cemetery is for Tiffany-lovers. It is home to the Wade Memorial Chapel and boasts of one of the few interiors in the world that was entirely designed by Louis Comfort Tiffany and his studio. The chapel is listed on the National Register of Historic Places.

7. Woodlawn Cemetery. Most cemeteries are in tranquil, landscaped settings. The Woodlawn Cemetery in Bronx, New York, was one the earliest garden cemeteries in the United States. The curving road through the rolling hills passes by hundreds of mausoleums, many designed by noted architects. Irving Berlin, Herman Melville and Duke Ellington are just a few of the famous people interred there. 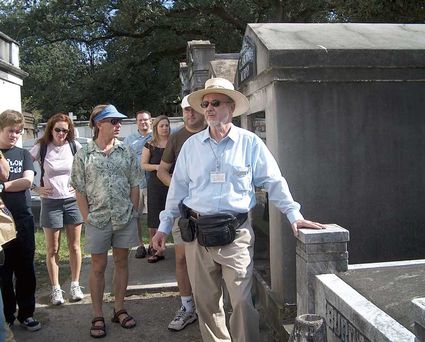 A licensed tour guide leads visitors through the St. Louis Cemetery No. 1 in New Orleans. Because of the high water table, bodies are entombed above-ground in crypts.

9. Lyndon B. Johnson National Historical Park. Some cemeteries are under the auspices of a local government while others are military and a few are private family cemeteries such as the Johnson Family Cemetery near Stonewall, Texas, which is now part of a national historic park. LBJ is buried in the same area where he was raised.

10. Boothill Graveyard. Those interested in the Old West should head to Tombstone, Arizona, where about 250 people "died with their boots on." Lester T. Moore, who died in the 1880s, has what is probably the most famous epitaph: "Here lies Lester Moore, four slugs from a 44, no Les no more."