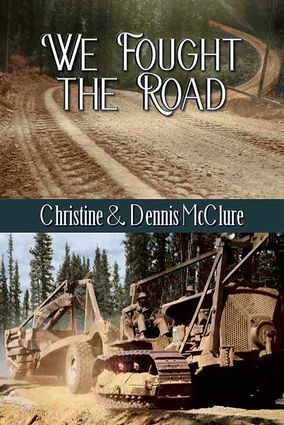 Dennis and Christine McClure, authors of "We Fought the Road," a book about the building of the Alaska-Canada Highway, will hold a book signing at the University of Alaska Anchorage book store on July 10, from 4 to 6 p.m., and in Palmer, July 15 at Fireside Books, at 4 p.m. That signing will be followed by a "Dinner and Discussion with the Authors" at Turkey Red restaurant, 6 p.m.

The book, scheduled for release in September, is inspired by letters from Christine's dad, who was in charge of black troops in the motor corps during the highway's building, according to a press statement from publisher Epicenter Press.

Unlike most accounts that focus on the road's military planners, this book is boots-on-the-ground and often personal, based in part on letters from the "Three Cent Romance"-the successful courtship via mail discovered in the authors' family papers, according to the press statement.

Upon discovering her father's letters to her mother during World War II, Christine set out with Dennis on a journey to document the untold stories of the Alaska-Canada Highway.

"We wrote this book using my father's story to lead readers, as it led us, into the larger and more important issues involved with the great road and the confrontation of racism imbedded in its construction," McClure says in the press statement. "We hope it conveys some truth about what happened in the North Country in 1942."

The construction of the Alaska-Canada Highway during World War II has been likened to the building of the Panama Canal. More than one third of the 10,607 builders were black, thought by many of their white commanders to be incapable of performing on a war front. Their task required punching through the wilderness on a route blocked by the Rocky Mountains and deadly permafrost during one on the worst winters on record, according to the press statement.

For information and tickets to the July 15 dinner, visit http://www.goodbooksbadcoffee.com.