Serious fun and games in Fairbanks 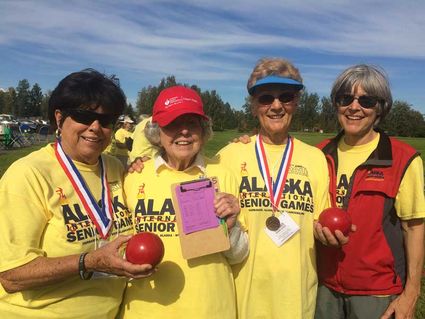 The 2017 Alaska International Senior Games (AISG), held Aug. 11 through 21 in Fairbanks, will kick off with the Opening Ceremonies and Gala Games at Pioneer Park Civic Center on Aug. 11, 6 p.m. The annual torch lighting ceremony sets the tone for AISG's 65 events, including 20 different sports ranging from team sports like basketball and tennis to individual sports like track and field and cycling.

Other social events include a dance social hosted by Ballroom Dance Club at Pioneer Dance Hall on Aug. 18, 7 p.m., and the Celebration of Athletes featuring Guitar by Albert on Aug. 20 at the Fountainhead Antique Auto Museum, 6 p.m.

"The dance will feature music from the era of the seniors," added Darnall, "and the Fountainhead Antique Auto Museum is a unique setting. They have an amazing collection. You wouldn't believe it's in Alaska."

This year, coordinators will be trying something new for one of their most popular events, bocce doubles. Rather than choosing teams ahead of time, teams will be drawn in two age divisions the day of the tournament, Aug. 14 - just be sure to show up before signup closes at 11:15 a.m.

"This will make the event go smoother," said Darnall."We already do this with table tennis. It's better because sometimes people don't show up the day of, and then we have to redraw for certain teams at the last minute."

Many athletes from 2016 AISG competed and won medals in the National Games held in Birmingham, Alabama this past June, Darnall said. "We're really proud of our Alaska athletes," she said. "They bring people to Alaska as tourists next year."

Of the many qualifying Alaskans, 91-year-old Wilma Goldmann of Anchorage, shined in swimming, winning gold in 200 Freestyle, two silver medals in 500 Freestyle and 50 Backstroke, respectively, and a bronze medal in 100 Freestyle. After witnessing another woman her age compete in swimming events at the 2011 Nationals in Minneapolis, Goldmann challenged herself to qualify.

"Wilma is amazing," Darnall said. "She even does flip turns! She never swam in a competition until last year and surprised all of us because of her age. Most people think you can only sit on the couch when you get older, but athletes like Wilma promote active aging and allow younger athletes to look forward to keeping a healthy active life."

Although 2017 is not a qualifying year for Nationals, senior games participants from around the world still consider uniquely Alaskan events like bocce and ice hockey reason enough to include AISG as a destination for their bucket lists. In the past, AISG has hosted international teams from Mexico, Canada, China and Germany, as well as teams from states like California, Michigan, Ohio, Kentucky, Arizona, Oregon and Florida. 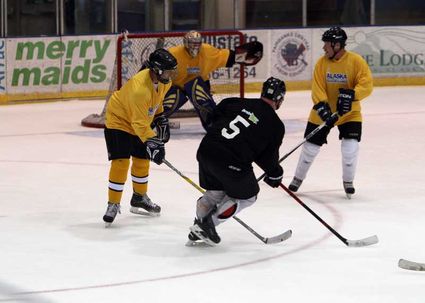 The games run the gamut from track and field to men's hockey.

"We've had a couple from Germany visit Fairbanks to participate in the games," Darnall said. "They stayed and toured Denali and other places throughout the state. The games allow us to become a travel destination for people outside of Alaska. It's wonderful that we can get those relationships going between Alaskan seniors and others."

Registration ended July 25, but that doesn't mean latecomers can't join in on the fun.

"We love to have people come cheer on the seniors, and the entire event is free," said Darnall. "A couple came one year to cheer and wanted to participate next year and ended up competing in bocce. August may be too late to register, but check back in June 2018!"