By Charice Chambers
For Senior Voice

These silvers are pure gold 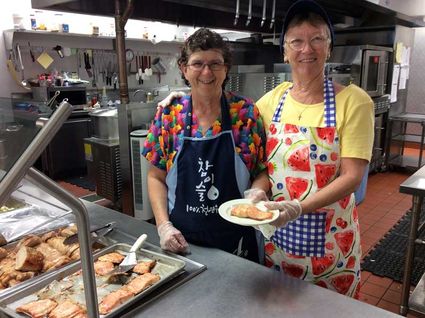 Oohs, ahs and thank you's could be heard from every corner of the Mat-Su Senior Services dining room as Palmer senior citizens savored what has become an annual event: Silvers for Seniors. Now in its fifth consecutive year, seniors look forward to the meal of fresh caught silver salmon provided by Northern District Setnetters Association. For many seniors it is a meal that is simply too expensive to purchase, and no longer possible to catch.

This dinner is not only about great food, but also about memories and tall tales of the one that got away oh so many years ago. Ron and Kate O'Dell remember fishing in the Talkeetna River. They smoked and canned as many silvers as they could, and savored the fruits of their labor throughout the long winter months.

This year's Silvers for Seniors donation is especially satisfying for Paige Herring. The program is her brainchild. With the help of her husband, Bob Cellers, much of its continued success can be credited to them. This year nearly every member of the Northern District Setnetters enthusiastically dipped deep into their nets to provide a large donation for the program. For that, Herring is proud. As they

have done each year, Copper River Seafoods provided a fish tote and ice for the salmon, which was delivered to the center in time to become the much-anticipated meal.

According to Mat-Su Senior Services head chef, Phyllis Moore, the nearly 90 fish will be put to good use. The center will be able to provide nearly 100 meals for local seniors and 160 Meals 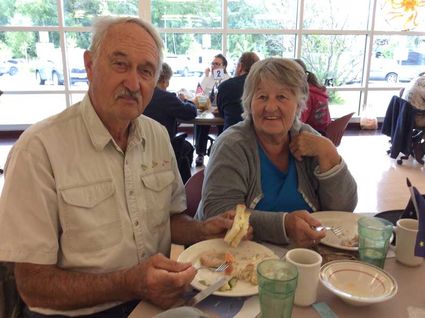 on Wheels for local home bound seniors. In addition, salmon salad and salmon soup will be on the menu later in the month.

In fiscal year 2016, Mat-Su Senior Services provided 39,175 nutritious congregate noontime meals in their community dining facility. Additionally, 53,848 meals were delivered to homebound seniors and eligible individuals during the same period. According to MSSS Director Rachel Greenberg, donations such as Silvers for Seniors are a much-needed supplement to achieve both financial and nutritional food goals of the Center.