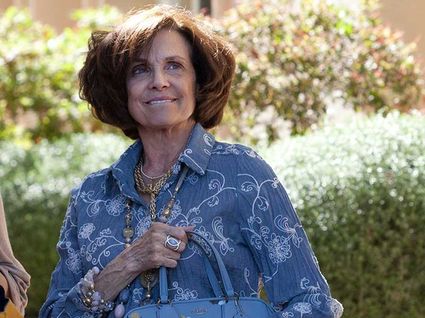 Valerie Harper in "My Mom and the Girl."

Off-screen, Valerie Harper has been an inspiration to many following her optimistic defiance to a well-publicized life-threatening medical diagnosis in 2013. The star of the hit 70s TV series "Rhoda" now brings her indomitable spirit to the big screen to hearten families dealing with Alzheimer's.

Harper, Liz Torres, and Harmony Santana star in Susie Singer Carter's short film, "My Mom and the Girl." Based on Singer Carter's own mother's battle with Alzheimer's, the writer, director and co-producer wanted Harper to play her mother, Norma Holzer.

"I was giving a live reading of the script at the WGA (Writers Guild of America) and was asked who I could see playing my mother if I had to cast it immediately," recalled Singer Carter from Los Angeles. "I said, Valerie Harper! We didn't know each other, but she's such a good role model in real life and turned out to be perfect in this role."'

Harper, too, saw the part as an opportunity.

"As soon as I read the script I thought it was wonderfully written," said Harper from Los Angeles. "But Susie's script was unusual because it introduced humor. Not actual jokes, but comedic moments that could be used to soften a real life tragedy. When humor is grounded in reality, it can stir up a lot of emotion. That's when comedy is at its finest."

While some dramatic scenes of the 20-minute film are drawn from the year Singer Carter and her mother lived together, she crafted the story around one incident when her mother, followed by her caregiver, impetuously left home late one evening. As she roamed the streets of LA, an encounter with 'The Girl' (Santana) led to an interesting evening.

"This absolutely happened to my mother," noted Singer Carter. "Alzheimer's was slowly stealing away her memory, but when she met this stranger crying on the street, it pulled her 'mommy cord' and she continued to be who she was, despite the illness."

Incidents like this, says Singer Carter, can give families hope in a seemingly hopeless situation. "Doctors who work with Alzheimer's patients have told us that we have accurately portrayed what happens. So hopefully we can distribute the film to caregivers – not just of Alzheimer's patients, but to families dealing with any debilitating disease."

This is another reason Valerie Harper can identify with the film.

"My husband has been my wonderful caregiver for five years now, although I was only given three to six months," she said, referring to her rare brain cancer diagnosis. "My thing is called leptomeningeal carcinomatosis and it affects the meninges (membranes surrounding the brain). It's been difficult, but I've found the best way to get over your own tragedies is to focus on helping and supporting others."

Already a multi-award winner at film festivals across the U.S. and overseas, "My Mom and the Girl" is still on the festival circuit (see http://www.mymomandthegirl.com).

"Awards are nice," says Harper. "But any light we can shine on Alzheimer's – or any other devastating disease – is a win for us." 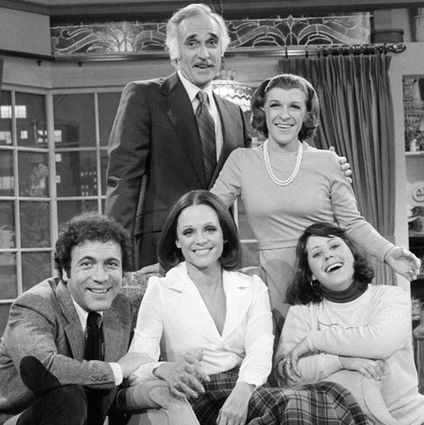 The cast of "Rhoda", with Valerie Harper in center.