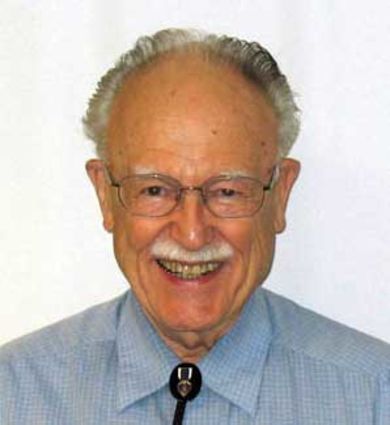 Congratulations to Anchorage's Gordon Severson, selected for this year's Governor's Veterans Advocacy Award. From an Alaska Dept. of Military and Veterans Affairs Nov. 16 press statement for the award: "Gordon began his military service in 1946 at the age of 15 – fibbing on his age at enlistment. He began in the Army as an infantryman towards the end of WWII. After this service, he was working road construction in Alaska when the Korean War began. He re-enlisted in 1950 and was awarded the Purple Heart Medal four times and a Bronze Star with Valor. He transferred to the Army Reserves where he served until his retirement in 1985."

Gordon is also a former Older Persons Action Group, Inc. board member. According to the press statement, "he can often be found at the Veterans Memorial on the Anchorage Park Strip, where he was instrumental in its development, and always works behind the scenes supporting causes and legislation that benefits veterans. He has served on the Governor's Veterans Advisory Council; Anchorage Military and Veterans Commission; Anchorage Veterans Memorial Committee and the JBER U.S. Army Alaska Retiree Council, to name just a few. He was recently appointed by Governor Walker to serve on the Pioneers and Veterans Homes Advisory Board and he is a lifetime member of the Veterans of Underage Military Service; Military Order of the Purple Heart; American Legion; Veterans of Foreign Wars; Disabled American Veterans and the Retired Officers Association. He is still working as a bailiff at the State courthouse in Anchorage. Gordon was unanimously selected for this award by members of the Alaska Veterans Advisory Council."