By Kenneth Kirk
For Senior Voice

Old Blue Eyes did it his way (the right way) 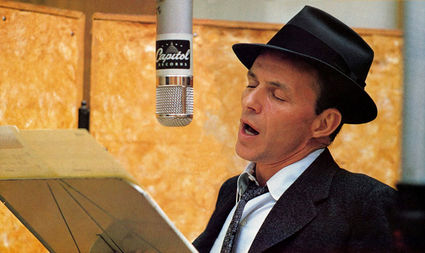 Frank Sinatra is someone you can look to if you want to learn how to sing, how to act, how to dress, how to charm the ladies -- and how to plan your estate.

I was hoping this month's column would be about the changes to the tax code and how that effects estate planning. No such luck -- the Tax Cuts and Jobs Act is still pending in Congress, subject to last-minute negotiations, and my deadline is nonetheless upon me (the Senior Voice editors are brutal taskmasters. The last time I was late with my column, I woke up to find a severed horse's head in my bed).

So, let's have a little fun instead. Let's look at somebody who did it his way – and did it right.

Increasingly I find that my "elderly" clients are children of the sixties, and if you mention music to them, they think of the Beatles or Jimi Hendrix. But many people still remember a star from an earlier era: Old Blue Eyes himself, Frank Sinatra.

(But since I mentioned the Beatles, I can't resist telling you this: For many years the hold music, when you called the Palmer courthouse, was "We Can Work It Out").

Anyway, back to Frank Sinatra. He was a phenomenon for many years. He won an Oscar for his acting, and he won multiple Grammys for his singing. He was the epitome of style, a man who men wanted to be, and women wanted to be with.

When he died in 1998, the Empire State Building turned its lights blue for a night, and the casinos in Las Vegas stopped for one minute of silence. Both of those tributes made perfect sense; he was the guy who made "New York, New York" a big hit, after all, and he headlined for many years on the Vegas strip, which made it a cool and respectable gig.

The Chairman of the Board did have a somewhat turbulent personal life, though. He was married four times, and had kids from several of those wives. There was public friction following his death, between one of his daughters and his widow. He may have had illegitimate children (several possibilities have been suggested). Those are all common indicators for a nasty court fight, especially with an estate estimated at around $100 million. And that's probably why his probate case has been marked by vicious, never-ending litigation.

Nope! I'm kidding. No fighting in court. Not a peep. All quiet on the Sinatra front. Given the dynamics, that is remarkable.

I can suggest three reasons for the lack of warfare. First, while he did leave some assets to be handled through probate, most of it was done through a series of trusts. It is much more difficult to fight when there's a trust. In contrast, the probate system makes it fairly easy for a disgruntled claimant or heir to make an argument. But that also means it's easier for them to drag things out at the expense of the other heirs, potentially forcing them to settle, just to be able to move forward.

The second reason is that Sinatra had a well-crafted no-contest clause. It was very specific in its terms, and any heir who crossed the line, by challenging the will, any of the trusts, or just about anything else, would have been completely disinherited.

Of course that kind of no-contest clause only works if you leave something to those disgruntled heirs in the first place, but Sinatra was a generous man. He left various children, grandchildren, ex-wives, step-children, employees, and friends either specific assets or cash amounts. Otherwise they wouldn't have had anything to lose by challenging the estate. It isn't much of a disincentive when you threaten to disinherit someone, if the person you threaten isn't getting anything anyway.

Finally, he was very careful in how he distributed future royalties and rights. This isn't an issue for most people, but for an entertainer, the right to, for instance, sheet music rights or previous recordings, can be very lucrative. Sinatra was specific about how his "intellectual property" (as lawyers call it) was to be split up. And he kept it current.

As a result of all that, there was no court fight. Frank Sinatra is someone you can look to if you want to learn how to sing, how to act, how to dress, how to charm the ladies... and how to plan your estate.

One more thing you might not have known: later in life, Sinatra became a practicing Catholic. The name of one of his songs is chiseled on his headstone. That's right: The Best is Yet to Come.

Kenneth Kirk is an Anchorage estate planning lawyer. Nothing in this article should be taken as legal advice for a specific situation; for specific advice you should consult a professional who can take all the facts into account.