Is Hawaii on fire or under water?

Never fear, Hawaii awaits you with a warm welcome 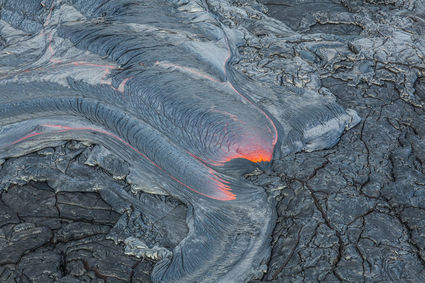 You may be thinking that all of Hawaii is under a flow of lava, but that's not the case.

Alaskans love to go to Hawaii. As our kissing cousin on just about any map we've seen since childhood, we are close – a mere six hours on a direct fight from Anchorage.

In winter the Hawaiian islands are a godsend, warming us up physically with full sunshine, cool trade winds and lots of fresh fruits that lift our spirits.

We return refreshed and tanned, and winter seems to flash by after the island respite. Friends envy our tans.

But this year Hawaii has been hammered by natural disasters. In late August, tropical storm Lane brought torrential trains, flooding Hilo on the Big Island, causing evacuations and electrical outages. In September, tropical storm Olivia made landfall on the island of Maui, weakening as it passed south of Oahu but still dumping enough rain to flood roads. The storm also passed over Lanai (see sidebar), a small island between Maui and Molokai with maximum sustained winds of 40 mph.

In early May, Kilauea volcano on the Big Island spewed lava and ash across its eastern region that destroyed infrastructure and hundreds of homes. Thousands were displaced and more than 20 people were injured.

We watched the lava eruptions on TV with awe from afar, and wondered if there would be anything left of the Big Island, but things have improved significantly.

Once spewing harmful laze gas, a combination of volcanic glass and smoke, harmful gas fumes are now below their lowest level for 11 years and the tremors have subsided.

The fissures that erupted when the volcano began its most recent activity are also calming down.

According to CNN, Fissure 8, which was once the most active fissure among them, has stopped erupting, and a collapsed pit now houses the remaining lava which once occupied it.

Formerly, Kilauea's summit was also undergoing frequent tremors, some topping magnitude 5, but now they have also slowed to a stop.

Hawaii Mayor Harry Kim rescinded the evacuation notice for the Leilani estates, once swallowed by Kilauea's lava flows, but residents must apply to return.

On Sept. 8, the area east of Pomaika'i Street opened again after being plagued by lava flows and volcanic gas.

And officials announced in mid-September that Hawaii Volcanoes National Park will reopen several areas in late September since closing in May because of volcanic eruptions.

Several trails, roads and popular sites, including the Kilauea Visitor Center, the Kilauea Iki Overlook and a stretch of the Crater Rim Trail between Volcano House and the Kilauea Military Camp, are now open to the public again.

For $691 you can travel on a direct roundtrip flight between Anchorage and Honolulu in early January on Alaska Airlines. Pay careful attention to the times and whether or not you have to stay over in Seattle to take the next leg of your journey. You don't want to do that unless you have the disposable cash to do so.

On AARP's travel site you can book a flight, hotel and car rental for a week in Honolulu in early January for $982 per person.

And if they ask if you want travelers insurance for your trip to Hawaii, do say "yes please."

A quick introduction to Lanai history

Lanai is a small island, only 140.5 square miles, but with an interesting backstory.

Mormons settled there in the late 1860s when Walter Murray Gibson started a colony in the interior of the island. Buying the island with church money, he put the titles in his own name, which got him kicked out of the church. 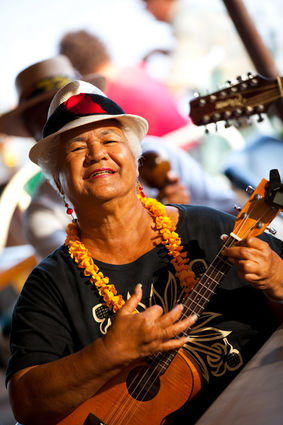 A Hawaiian senior jams on her ukulele at a local musical event.

At the time only 50 was all that was left of the Native population.

In 1959, when Hawaii became a state, the island became part of Maui.

David H. Murdock purchased Castle & Cook in 1985 after he purchased the company which then owned Dole, which made him the majority property holder of Lanai.

In October 1992 the final harvest of pineapple took place on Lanai.

Larry Ellison, then CEO of Oracle Corp., purchased Murdock's 98 percent share for a sum reportedly of $500 million in June 2012. The state owns the remaining 2 percent. Ellison has said he wants to develop an environmentally responsive agricultural industry.