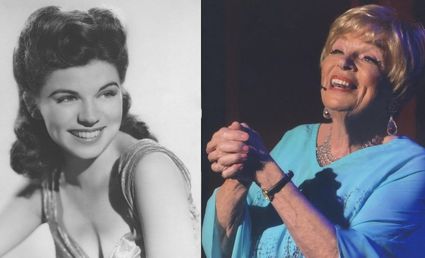 India Adams and Annette Warren have a lot in common. Both now in their nineties, their career paths merged in the 50s when the pair were hired by studios to dub the singing voices of actresses as so-called 'ghost singers.'

Adams sang for Joan Crawford and Cyd Charisse in films such as "The Band Wagon," "Torch Song," and "Johnny Guitar," while it's Warren's voice heard for Ava Gardner in MGM's musical "Show Boat" as well as Lucille Ball in several movies.

"I was appearing at a club and someone from MGM asked me afterward if I'd be interested in dubbing," recalled Ms. Adams from her Los Angeles home. "I did 'The Band Wagon' first, and one of the songs for Cyd Charisse, 'Two-faced Woman,' was cut out but used for Joan Crawford in 'Torch Song.' It's the only time in motion picture history that two different actresses have lip-synched to the very same track."

"It turned out MGM was looking for a vocalist to dub Ava Gardner's songs in 'Show Boat,'" she recalled from her home in Rancho Palos Verdes, Calif. "That same night I was at a party and introduced myself to Marvin Saltzman, who was an agent and the son-in-law of Arthur Freed, who was producing the film."

Saltzman helped Warren secure an audition – in front of the entire cast.

"That never happened when you went for most dubbing jobs," said Warren. "But they were all there – Kathryn Grayson, Howard Keel, even Joe E. Brown and Agnes Moorehead. I sang 'Can't Help Lovin' That Man' and when I finished Kathryn Grayson – who was a fabulous singer – walked up to me and said, 'My dear, we could all learn a lot from you!' But Ava wasn't happy because she wanted to sing in the movie. And to be honest, I couldn't blame her because she had a fairly good voice herself."

Adams has vivid memories of singing for Crawford and Charisse.

"I worked a lot more with Joan than I did with Cyd who was cold and reserved although part of it might have been that she was rather shy," she said. "Joan was very friendly and would invite me back to her dressing room. She had a passable voice, but they really wanted someone to provide a more professional edge." 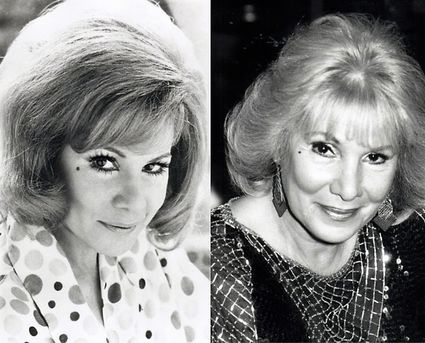 Despite the obvious vocal talents of both singers who spent many years working in other areas of the entertainment industry, they were dedicated to raising their families.

"I never really promoted myself as much as I could have," admitted Warren. "But I have never, ever felt any regrets about not becoming a better-known singer. I was the happiest woman in the world raising a family."

"I always wanted to become a really big star," added Adams, "but don't believe it would have allowed me to have the fulfilling family life that I had. I'm content to be a little star."

Nick Thomas teaches at Auburn University at Montgomery, and has written features, columns, and interviews for over 700 newspapers and magazines.