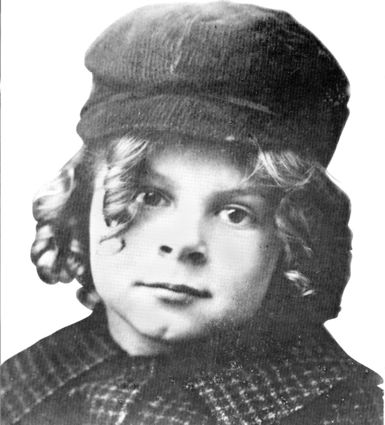 James "Jimmy" Doolittle, who became one of America's World War II heroes, spent part of his childhood in Nome.

Seventy-seven years ago this month Japanese Zeros bombed Dutch Harbor and then occupied Attu and Kiska in the Aleutian Islands. Why? Because they thought that two months earlier James "Jimmy" Doolittle had led the U.S. Army Air Forces in the first-ever bombing raid on Japan from an airstrip in the Aleutian Chain and wanted to prevent further attacks on their homeland.

The Japanese bombers probably were surprised when they did not find any military air bases in the Aleutians. Turns out Doolittle and his raiders had taken off from the aircraft carrier USS Hornet that April in 1942.

Not too many people know that Doolittle grew up in Nome. In fact, when he successfully led the Doolittle Raiders on that harrowing mission over Toyko, the Nome Nugget headlines read: "Nome Town Boy Makes Good."

Doolittle was known among the people of Nome as the cute little boy who started selling Nome Nugget newspapers at the age of seven. And perhaps the fighting spirit and pluck that earned him so much fame in later years got its start in Nome, too. Any boy, small for his age and with long, curly hair, was apt to meet many challenges.

Life in Nome was harsh and challenging in 1900. Jimmy's father, Frank, had arrived in the new golden city that year, after vainly looking for gold in the Klondike. As soon as he was settled in the new gold camp, he sent for his wife and young son from California.

Builders were much in demand and Frank Doolittle, a competent carpenter, found plenty of work. He kept busy building houses for those with money to pay him, and in his spare time, he managed to build one for his family – an unpainted wooden building that had to be straightened up each spring when the ground thawed.

After his first day of school, Jimmy demanded his mother cut off his curls. But scrappy Jimmy still found that his reputation demanded he keep on fighting. Any small boy could be taken into the gang if he could lick little Jimmy Doolittle.

Wiry, tough Jimmy more than held his own, however. With many fights to his credit, he learned early in life to take care of himself. So perhaps his experiences in Nome toughened the lad up so that he could one day lead his expert flyers over enemy territory.

Jimmy and his mother left for California in 1908, leaving his father to the great Alaska adventure. Frank Doolittle died there in 1917.

Doolittle learned how to box in the Golden State, and at age 15 became amateur bantamweight champion of the West Coast in 1912. Around the same time he saw his first airplane and became interested in aviation.

Jimmy Doolittle, who learned to take care of himself in Nome during the Poor Man's Gold Rush, went on to serve as a brigadier general, major general and lieutenant general during his career with the U.S. Army Air Forces and earned the Medal of Honor for his valor and leadership as commander of the Doolittle Raid while he was a lieutenant colonel.

In addition to the Medal of Honor, he later received many other honors including the Presidential Medal of Freedom, two Distinguished Service Medals, the Silver Star, three Distinguished Flying Crosses, the Bronze Star Medal, four Air Medals and decorations from Belgium, China, Ecuador, France, Great Britain and Poland.

Doolittle died in September 1993 at the age of 96. He is buried at Arlington National Cemetery in Virginia next to his wife of more than 70 years, Josephine, who preceded him in death in 1988.

This column features stories from late Alaska historian Phyllis Downing Carlson and her niece, Laurel Downing Bill. Many of these stories fill the pages of "Aunt Phil's Trunk," a five-book Alaska history series available at bookstores and gift shops throughout Alaska, as well as online at http://www.auntphilstrunk.com and Amazon.com in both print and eBooks. The series also now is available on Audible.com.