By Kenneth Kirk
For Senior Voice

Covering the expenses of bequeathed property 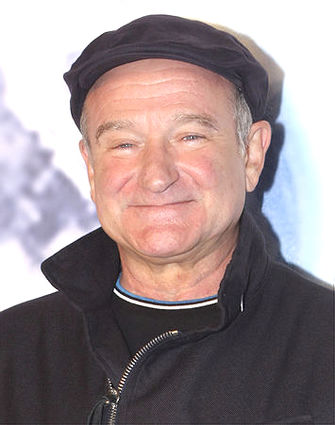 Robin Williams' estate planning appears to have been solid, with one possible exception.

I have long been a fan of Robin Williams. From the first time I saw him, in "Mork and Mindy," to his wacky comedy routines on stage, to hilarious movies like "Mrs. Doubtfire" and "Good Morning, Vietnam," to sensitive performances such as "The World According to Garp" and "Good Will Hunting," Robin never failed to deliver.

And along with most of the world, I was shocked and saddened when, five years ago, he took his own life after being diagnosed with Lewy Body Disease.

I could be wrong about this, as I have access only to secondary sources, and it is possible somebody was just greedy even though the plan and the execution were nonetheless solid. But it does bring up a topic that is worth thinking about.

Robin's widow was supposed to be allowed to live in his mansion, which was held in the trust. After his death, she petitioned the court, arguing that the trustees had not set enough money aside for her to be able to continue living there. I don't know what the numbers were – we're talking Hollywood here, so it could be astronomical – but I have seen the same thing happen with my own clients, many times.

Here's how it usually shakes out in my experience. My client wants to have a piece of real estate continue to be held in trust after she dies. It could be that she wants a loved one to be allowed to continue living in the house, or maybe she wants the family cabin to be available for future generations.

And there are a lot of expenses when you own real estate. Property taxes are a big one, and the trust won't have the senior citizens exemption anymore after the client dies. Utilities have to be paid by somebody, as does property insurance. And clients tend to underestimate the cost of repairs and maintenance. On an older house, those can be substantial.

Depending on the circumstances, there might also need to be funds set aside for legal fees. For example, if the beneficiary has substance abuse issues, it might become necessary for the trustee to evict that beneficiary if he is endangering the property by, say, setting up a meth lab in the basement. Fans of the show "Breaking Bad" might remember the problems caused by Jesse setting up a meth lab in the house.

How much should be set aside? That depends on the condition of the property, how well the loved one is likely to care for it, how many years into the future this arrangement is likely to last, what the reasons were that the property was to be held in trust instead of being sold or distributed directly, and what expenses the beneficiary will be able to pay himself, among other possible considerations. The short answer, though, is almost always "it will take more than you're thinking".

Did Robin Williams make that mistake? I don't honestly know. And if I'm wrong, if Robin did everything perfectly and somebody just overreached, I hope he'll forgive me.

I think he would. He was that kind of guy.

Kenneth Kirk is an Anchorage estate planning lawyer. Nothing in this article should be taken as legal advice for a specific situation; for specific advice you should consult a professional who can take all the facts into account. Na-nu, Na-nu!