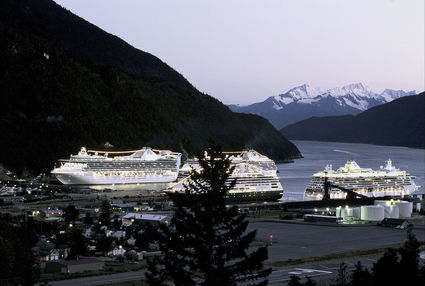 When I contacted Scott McMurren, who has published the Alaska Travelgram each week since 1999, for his take on tourism at this strange moment in time, he wrote, "Not sure how much insight I can share, aside from 'subject to change without notice.'

"Well, the pandemic affects every aspect of our lives, including how, where and when we travel. It's kneecapped our efforts to plan. So those of us in the business need to consider how to keep each other safe... as well as our guests. That's job one. Then we can work out from there. What that looks like is an open question. I'm sorry-I don't have the answer!" he said.

What to do, where to go?

It is so true. From changing safety procedures to flight changes and cruise ship cancellations, the world is definitely on a new trip.

"Last time was late February, to Seattle," he said about traveling. "Aside from daytrips, we've been 'hunkered down' in Anchorage."

Did he think it would be a good idea for Alaskans to visit new parts of the state and what are his favorite Alaska destinations?

"Yes. This is a great idea," he said. "I love the Kennicott/McCarthy area. It's a little bit of a drive but so worth it! Mining history, glacier exploring, fun rafting trips. Love it. But I also love Seward. And Homer. And Talkeetna. Do I really have to pick favorites?"

People wrestling with boredom and a feeling of being out of the stream of life do, however, live in a state with a low rate of infection and wide-open spaces.

Plus, with tourists' fear of flying and cruise ship companies canceling summer trips to Alaska, this is a fine time to get out there with no crowds.

Think of it - you won't have to answer any dumb tourists' questions like, 'When do the Northern Lights come out?'

For Alaska the travel cancellations are dire, as tourism brings money into the state and, for many small towns, contribute sales tax to municipal budgets.

The Alaska Resource Development Council, a non-profit, membership-funded organization of individuals and companies from Alaska's oil and gas, mining, timber, tourism and fisheries industries, reports that Alaska is an ever-popular destination with more people than ever visiting the 49th state. In fact, visitation records have been set year-after-year with an estimated 2.26 million visitors traveling to Alaska between May and September 2019.

During the 2020 summer, the organization was predicting close to 1.44 million visitors spending nearly $800 million during their Southeast Alaska holidays.

The Skagway News reported in early May that Princess Cruises canceled all sailings to Alaska, citing in part reduced air flight availability and the closure of cruise ports in regions around the world. Holland America soon followed. Carnival Cruises suspended trips to Alaska on its Carnival Spirit up the Inside Passage and had one sailing scheduled for the Carnival Miracle, but that too was canceled.

Perhaps a bright side

But not all residents see this as a doom and gloom scenario.

Bruce Schindler, a mammoth ivory carver and goldsmith in Skagway, remembers the days when Skagway didn't see so many ships. He liked it better then.

There were recent times when as many as five a day sailed into the tiny harbor.

"People had a more genuine experience and it was less hectic back then," he said.

Schindler thinks the cruise lines won't bother to send any employees up to the companies' jewelry stores if there is no cruise ship passengers to sell to.

This, he thinks, will be a boon to local artists and craftspeople that offer genuine Alaska-made items to offer. Not made in China.

And Juneauites have long complained about the number of tourists in town.

But with the drop in numbers also comes a drop in sales tax revenue for small towns and a rise in property taxes if a city can't meet expenses.

Alaskans should travel around the state for many reasons, McMurren said, "including shoring up the economy. Use your Alaska Air miles to visit Kodiak, Nome, Sitka, Juneau, even Yakutat and Cold Bay (5,000 program air miles in each direction, by the way)."

You can help shore up the

economy by going where you've never been - just like Star Trek. There's lots of places on the road system or reachable with your Alaska Airlines mileage perks. Flights less than 700 miles are 5,000 points each way depending where you sit. Or for flights 700 to 1,400 miles, it's 7,500 points and up. First class uses more points.

Maybe you have frequent flyer miles that are expiring and now is the time to use them.

And you all have probably heard about the rural/urban divide in Alaska. This is a recent problem because in the past Alaskans traveled all over the state for work or to see relatives and friends, go to Juneau for session and had a sense of the entirety of the state and looked at it as a whole. It could be an educational tour, and take the grandchildren along. 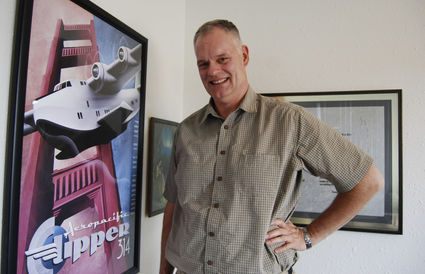 Scott McMurren of AlaskaTravelgram says tourism "is subject to change without notice."

But expect for it to take a long time for the travel industry to recover and the economy to revive for people to be able to afford to travel.