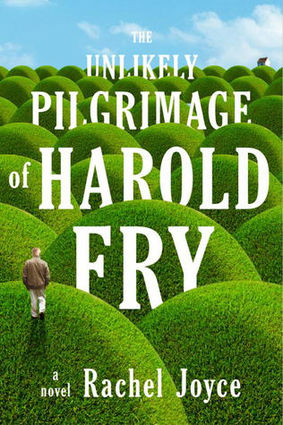 How about a novel that features characters "of a certain age"? And how about a book that is entertaining, totally engrossing, and makes you smile at least some of the time? Perhaps something that will help you forget about the depressing news program you just saw? Well then, take a look at these:

The Coroner's Lunch by Colin Cotterill -- "Laos, 1976: Dr. Siri Paiboun, a 72-year-old medical doctor, has been unwillingly appointed the national coroner of newly-socialist Laos. Though his lab is underfunded, his boss is incompetent, and his support staff is quirky to say the least, Siri's sense of humor gets him through his often-frustrating days."

Sounds off-beat, and it is, but Dr. Paiboun is one of my all-time favorite characters. I grew quite fond of Dr. Paiboun and his staff as they solved an assortment of mysteries while battling an incomprehensible government administration and the occasional malevolent spirit. "The Coroner's Lunch" is the first in a series of 16 Dr. Paiboun novels, and every one of them is an extraordinarily good read.

Major Pettigrew's Last Stand by Helen Simonson -- "The Major [68 years of age] leads a quiet life valuing the proper things that Englishmen have lived by for generations: honor, duty, decorum, and a properly brewed cup of tea. But then his brother's death sparks an unexpected friendship with Mrs. Jasmina Ali [58 years of age], the Pakistani shopkeeper from the village. Drawn together by their shared love of literature and the loss of their respective spouses, the Major and Mrs. Ali soon find their friendship blossoming into something more. But village society insists on embracing him as the quintessential local and her as the permanent foreigner."

This novel will both entertain you and warm the cockles of your heart. Put on English tea, light up the fireplace, get your favorite throw. You'll have a hard time putting this book down.

The Unlikely Pilgrimage of Harold Fry by Rachel Joyce -- "Meet Harold Fry, recently retired. He lives in a small English village with his wife, Maureen, who seems irritated by almost everything he does... Then one morning the mail arrives...from a woman he hasn't seen or heard from in 20 years. Queenie Hennessy is in hospice and is writing to say goodbye... Thus begins the unlikely pilgrimage. Harold Fry is determined to walk six hundred miles from Kingsbridge to the hospice in Berwick-upon-Tweed because, he believes, as long as he walks, Queenie Hennessey will live."

This is a quirky and compelling read about a middle-aged man who was lost, but found again. And it has an ending that will give you a big smile -- I promise.