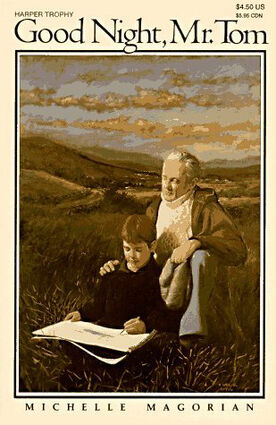 No matter what else happens during these nonstop tumultuous times, a good book is sure to improve your outlook. These books feature main characters who are older persons. I select highly-rated books that tilt toward uplifting rather than depressing. Some are light and humorous. Others are more thoughtful, maybe a bit philosophical. Perhaps you will find one or two you feel compelled to read.

"Rohinton Mistry's enthralling novel is at once a domestic drama and an intently observed portrait of present-day Bombay in all its vitality and corruption. At the age of 79, Nariman Vakeel, already suffering from Parkinson's disease, breaks an ankle and finds himself wholly dependent on his family... Nariman must now turn to his younger daughter, Roxana, her husband, Yezad, and their two sons, who share a small, crowded home. Their decision will test not only their material resources but, in surprising ways, all their tolerance, compassion, integrity and faith. Sweeping and intimate, tragic and mirthful, Family Matters is a work of enormous emotional power." - Publisher

"A heartstrong story of family and romance, tribulation and tenacity, set on the High Plains east of Denver. In the small town of Holt, Colorado, a high school teacher is confronted with raising his two boys alone after their mother retreats first to the bedroom, then altogether. A teenage girl-her father long since disappeared, her mother unwilling to have her in the house-is pregnant, alone herself, with nowhere to go. And out in the country, two brothers, elderly bachelors, work the family homestead, the only world they've ever known. From these unsettled lives emerges a vision of life, and of the town and landscape that bind them together-their fates somehow overcoming the powerful circumstances of place and station, their confusion, curiosity, dignity and humor intact and resonant." - Publisher

"Sir Edward Feathers has had a brilliant career, from his early days as a lawyer in Southeast Asia, where he earned the nickname Old Filth (FILTH being an acronym for Failed In London Try Hong Kong) to his final working days as a respected judge at the English bar. Yet through it all he has carried with him the wounds of a difficult and emotionally hollow childhood. Now an 80-year-old widower living in comfortable seclusion in Dorset, Feathers is finally free from the regimen of work and the sentimental scaffolding that has sustained him throughout his life. He slips back into the past with ever mounting frequency and intensity, and on the tide of these vivid, lyrical musings, Feathers approaches a reckoning with his own history..." - Publisher

"Old Filth, A.K.A Sir Edward Feathers, is a complex character whose humanity with its flaws and heartrending early traumas evoked deep compassion in me. I was reminded of the expression, 'Never judge a man until you have walked in his shoes.'" - Goodreads reviewer

"Lucy married at the turn of the last century, when she was fifteen and her husband was fifty. If Colonel William Marsden was a veteran of the "War for Southern Independence", Lucy became a "veteran of the veteran" with a unique perspective on Southern history and Southern manhood. Her story encompasses everything from the tragic death of a Confederate boy soldier to the feisty narrator's daily battles in the home--complete with visits from a mohawk-coiffed candy-striper." - Publisher 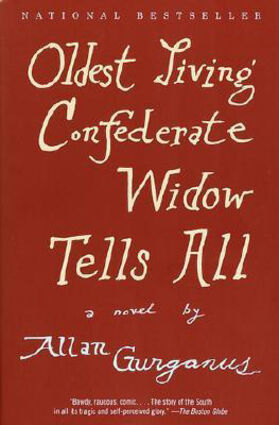 "London is poised on the brink of World War II. Timid, scrawny Willie Beech -the abused child of a single mother - is evacuated to the English countryside. At first, he is terrified of everything, of the country sounds and sights, even of Mr. Tom, the gruff, kindly old man who has taken him in. But gradually Willie forgets the hate and despair of his past. He learns to love a world he never knew existed, a world of friendship and affection in which harsh words and daily beatings have no place. Then a telegram comes. Willie must return to his mother in London. When weeks pass by with no word from Willie, Mr. Tom sets out for London to look for the young boy he has come to love as a son." - Publisher