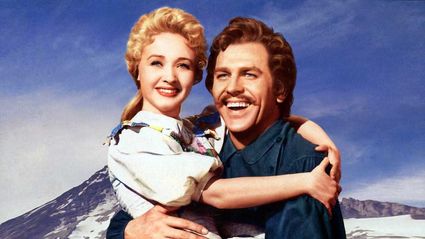 Multitalented actress Jane Powell celebrated her 85th birthday in April. She and husband Dick Moore purchased a home in Wilton, Conn., about 30 years ago, dividing their time between Connecticut and New York.

"We found this perfect house which was built in 1875 and didn't have to do much remodeling," said Ms. Powell from Wilton. "I love to cook, so we added a new kitchen, built an office in the back and put a gazebo in the garden."

And at 85, she could be considered a role model for seniors health.

"I love to eat, but have never eaten junk food."

Standing just five feet tall and a slender 100 pounds most of her adult life, Jane says keeping fit is important.

"I exercise several times a week, do Pilates and low impact aerobics. I've had arthritis, but it progresses more slowly if you look after yourself."

Best remembered for two giant MGM musicals in the 1950s, Powell starred in just 18 other feature films between 1944 and 1958, although in later years she played more dramatic roles on TV and in theater, to great acclaim.

On the big screen, she was a reliable actress who could also sing and dance with the best. In "A Date with Judy" (1948) she held her own against the brilliant Elizabeth Taylor; she matched Fred Astaire step for step in "Royal Wedding" (1951); and she crooned alongside Debbie Reynolds in "Hit the Deck" (1955).

Born Suzanne Burce, in Portland, Ore., she first performed on radio and in local theater. "I started professional singing training when I was 10, and dancing when I was 2."

Young Suzanne expressed little interest in an entertainment career, but her mother had other ideas. While vacationing with the family in Hollywood in 1943, she won a talent contest and signed a contract with Universal Studios the next day. She was just 14. "I didn't particularly want to do it," she says, but her parents "had this planned."

Within months, she was preparing for her first film, "Song of the Open Road," in which she played, quite prophetically, a child film star named "Jane Powell." The character's name appealed to the studio heads, and young Suzanne was re-christened Jane.

Today, her most known films are the musical hits "Seven Brides for Seven Brothers" with Howard Keel, and "Royal Wedding," which features two famous solos by Fred Astaire dancing on a ceiling and with a coat rack.

And in a charming six-minute vaudevillian-type skit, Powell and Astaire go head to head, matching witty banter, singing and dancing to a song with the longest title in any MGM musical: "How Could You Believe Me When I Said I Love You When You Know I've Been A Liar All My Life?"

That routine perfectly showcased Powell's on-screen energy, enthusiasm and comic talent. Of Astaire, Powell says he was the consummate performer.

"After you worked with Fred, you just didn't want to work with anyone else."

However, life for young stars in the '40s and '50s could be tough. The major studios dominated the film industry and actors had little say about role selection and were readily typecast. They could be "rented out" to other companies at the studio's whim.

"The studios groomed young actors to be stars," said Powell. "It was hard to make friends socially. I never had any 'girls' nights' or sleepovers." 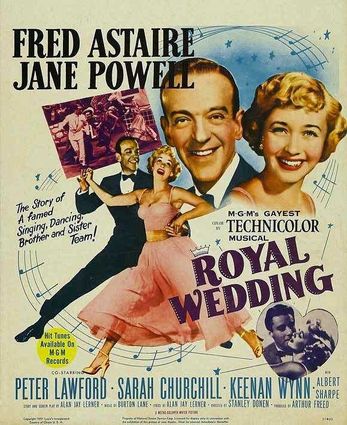 Powell loved sharing the dancefloor and screen with Fred Astaire. "After you worked with Fred, you just didn't want to work with anyone else," she said.

Despite being pushed into a Hollywood career and the pressures of work, the stress never showed in her performances, which were always upbeat and energetic.

But as the '50s drew to a close, so did the era of lavish Hollywood musicals.

"They were expensive to make and the studio system dissolved," said Powell. "Audiences became more sophisticated and wanted more of a story plot."

Nevertheless, the MGM classics remain popular today with older audiences who look back on that film period with fondness, as well as younger viewers who are fascinated by the early Hollywood era.

Nick Thomas teaches at Auburn University at Montgomery, Ala., and has written features, columns and interviews for over 400 magazines and newspapers. His website is http://www.getnickt.com.