Good information is the best medicine 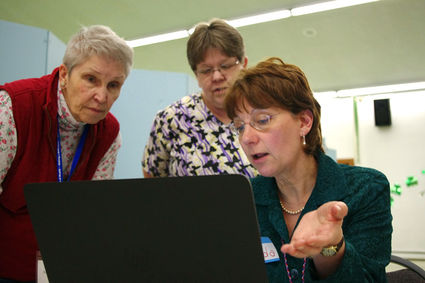 Health care and the ways we find health information have changed drastically over the years. New technologies in and out of the doctor's office have allowed us access to information like never before. It's incredibly easy to pull out your smartphone or tablet and search "diabetes symptoms" or "home treatments for the flu." But should we trust everything we read online?

As we are able to get instant access to more and more health information, health literacy is becoming more important than ever, she says. Health literacy is defined as "the degree to which individuals have the capacity to obtain, process and understand basic health information and services needed to make appropriate health decisions," according to the National Network of Libraries of Medicine (NLM).

Shepard and fellow faith community nurses partnered with the NLM to produce a mobile health literacy classroom as part of Providence's community outreach program. The NLM awarded the program a $15,000 grant to share the importance of health literacy with the Anchorage community. The program opened in January of this year, and the class has been offered at different churches and nursing homes throughout the Anchorage area. In addition to being free, the class uses interactive worksheets and one-on-one assistance to arm students with a new perspective on online health information.

Why health literacy is important

Unfortunately, this kind of false information can be all too common on the Internet. It's incredibly easy to buy into the wrong health information, especially if you don't necessarily have other resources readily available to fact check information.

Most of the time low health literacy rates come from low income areas, Shepard says. Other times, people are so desperate they will try anything to get better. Sometimes, it's not even the person's fault. Over the counter medications can easily be mixed, and medicines that are supposed to help can become dangerous.

As we go through our day, we might ask ourselves "what should I eat to stay healthy?" or "what medications are right for me?" and "what kind of questions should I ask my doctor?" It's easy to ask around and look at WebMD, but little did we know websites that end in ".com" or ".net" are commercial websites, which means their goal is to make money through ads and subtle sales pitches, says Shepard. Some websites are so audacious that they will try to sell you things directly from their website, like the hydrogen peroxide dealers for example.

The class is much more than just clicking on the right websites. For example, ginseng is commonly used to boost the immune system and reduce stress, fight infections like the cold and flu and act as a general stimulant. The herb is also used for diabetes, anemia, insomnia, ADHD, digestive problems and cancer. 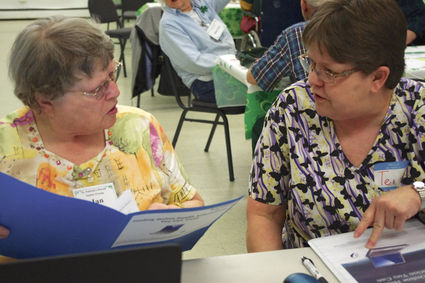 There are so many nuances when it comes to taking medications and supplements that it's especially important to know how to seek out the right information on your own via the internet.

"People are enthralled," says Shepard. "They come to class with their medications and are glued to the computer." In addition to the most shocking horror stories, Shepard and her team have also had loads of wonderful feedback. One woman said she learned more about diabetes from that one class than she'd known for the last ten years of being a diabetic. Another woman exclaimed, "This class has opened my eyes!"

What started off as a simple idea has surpassed anything Shepard has hoped for.

For locations and dates or class proposals, contact Linda Shepard at linda.shepard@providence.org.