Rediscovering medicinal herbs from the Bible 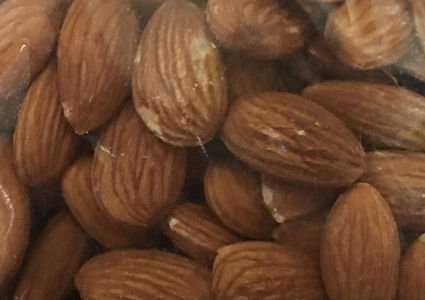 Eating 10 to 15 almonds per day can provide mild pain relief.

Many of you are convinced that prescription medicine is the best way to heal. As a pharmacist, I would agree with that at times, but not every time. Don't forget that before man pulled the plant from the ground, took it to a lab and attached a synthetic chemical by force to the plant (just to get it patented), we all used Mother Earth. Last week, I did a health segment with television evangelist Pat Robertson on "The 700 Club," and I showed viewers how ancient herbs were used to improve health.

I'll recap several herbs today, and if the topic interests you, go to my website (suzycohen.com) and sign up for my newsletter. My brand new ebook on the topic will be immediately emailed to you, "Medicinal Herbs from the Bible." Everything I mention in that ebook is available at a health food store. Now, let's go back in time:

Bitter herbs. If you just had a salad of leafy greens, chances are you had some plants that are considered bitter herbs. The most common bitter herbs are romaine lettuce, parsley, green onions and horseradish. These contain antioxidants and support detoxification, while stimulating saliva, gastric and intestinal enzymes to help with digestion and high amounts of minerals. Horseradish root contains an enzyme called horseradish peroxidase, which is thought to kill cancer cells.

Garlic. Mentioned in the Bible after the Israelites escaped from slavery in Egypt, it's dubbed "the stinking rose." The odor comes from sulfur-based compounds known today to promote heart health and reduce cholesterol and blood pressure. The journal Cancer Prevention Research shows that the sulfur compounds found in garlic deactivate cancer-causing compounds.

Almonds. Also known as "Prunus dulcis" these nuts contain salicin, which acts like modern aspirin. Eat 10 to 15 almonds per day to get mild pain relief. The almond is a popular symbol of resurrection because the flowers bloom in January or February. The magnesium in almonds lessens nerve excitability and induces muscle relaxation.

Black cumin seeds. Known as "Nigella sativa" and mentioned in Isaiah 28:23, these jet-black seeds help reduce blood glucose by improving beta cell function in the pancreas. It could be a great addition to a diabetes protocol. Further, a study suggests black cumin seeds help reduce the frequency of seizures, possibly in those who are resistant to drug therapy. Black cumin seed is not the same as "cumin," which is something else.

Cinnamon. There are two types of cinnamon derived from closely related plants but they are not exactly the same. Generally speaking, cinnamon can help with athlete's foot, indigestion, cognition and blood glucose.

Frankincense. Goes by another name on supplement labels called "boswellia." This "Gift of the Magi" has been shown in studies to help with ovarian and bladder cancer. It works a little bit like celecoxib (Celebrex), the prescription blockbuster drug for arthritis. It helps reduce a nerve toxin called Th-17 so if you have cognitive problems, consider boswellia.