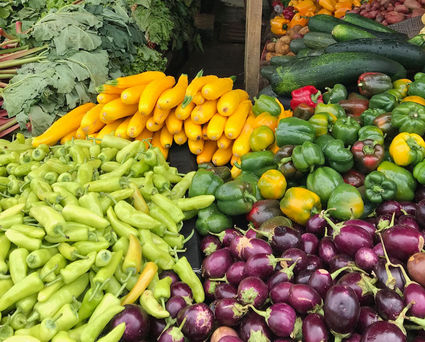 A new study published in the journal Neurology shows that eating a diet rich in fruits and vegetables can actually increase your brain size.

An operation that targets the nerves connected to the kidney may be able to significantly reduce blood pressure in patients with hypertension, according to a clinical trial led in the UK by Queen Mary University of London and Barts Health NHS Trust. If the findings are confirmed in more extensive clinical trials, the surgery could offer hope to patients with high blood pressure who do not respond to drugs, and are at increased risk of cardiovascular diseases, including stroke and heart attack.

The international clinical trial was carried out from 2017 to 2018 and it tested a one-hour operation called renal denervation. This procedure uses ultrasound energy to disrupt the nerves between the kidneys and the brain that carry signals for controlling blood pressure.

For the current study, 146 patients in the United States, France, Germany, the Netherlands, Belgium and the United Kingdom were randomized to receive either renal denervation or a 'sham procedure' (the surgical equivalent of a placebo). Patients also remained off blood pressure medications for two months unless specified blood pressure levels were exceeded.

"These results leave us clinicians in no doubt that this ultrasound-based therapy works to improve blood pressure control, at least in the short term. Further larger trials will be needed to confirm the efficacy and safety of the technology, but we hope that they could lead to renal denervation therapy being offered as an alternative to lifelong medications for hypertension," said UK principal study investigator Dr. Melvin Lobo from Queen Mary University of London.

"People with greater brain volume have been shown in other studies to have better cognitive abilities, so initiatives that help improve diet quality may be a good strategy to maintain thinking skills in older adults," said study author Dr. Meike W. Vernooij of the Erasmus University Medical Center in Rotterdam, the Netherlands. "More research is needed to confirm these results and to examine the pathways through which diet can affect the brain."

The study included 4,213 people in the Netherlands with an average age of 66 who did not have dementia.

Participants completed a questionnaire asking how much they ate of nearly 400 items over the past month. Researchers ranked the quality of diet for each person with a score of zero to 14. The best diet consisted of vegetables, fruit, nuts,

whole grains, dairy and fish, but a limited intake of sugary drinks. The average score of participants was seven.

All participants had brain scans with magnetic resonance imaging to determine brain volume, the number of brain white matter lesions and small brain bleeds. The participants had an average total brain volume of 932 milliliters. Information was also gathered on other factors that could affect brain volumes, such as high blood pressure, smoking and physical activity.

The first stand-alone prosthetic iris is now helping improve vision for adults and children. The surgically implanted device is being used to treat adults and children whose iris (the colored part of the eye around the pupil) is completely missing or damaged due to a congenital condition called aniridia or other damage to the eye.

"Patients with iris defects may experience severe vision problems, as well as dissatisfaction with the appearance of their eye," said Dr. Malvina Eydelman, who is with the U.S. Food and Drug Administration.

The approval of the first artificial iris provides a novel method to treat iris defects that reduces sensitivity to bright light and glare. Congenital aniridia is a rare genetic disorder in which the iris is completely or partially absent. The iris controls the amount of light entering the eye, and those with aniridia have sensitivity to light and other severe vision problems. In addition to congenital aniridia, the CustomFlex Artificial Iris is indicated to treat iris defects due to other reasons or conditions, such as albinism, traumatic injury or surgical removal due to melanoma.

The CustomFlex Artificial Iris is made of thin, foldable medical-grade silicone and is custom-sized and colored for each individual patient. A surgeon makes a small incision, inserts the device under the incision, unfolds it and smooths out the edges using surgical instruments. The prosthetic iris is held in place by the anatomical structures of the eye or, if needed, by sutures.