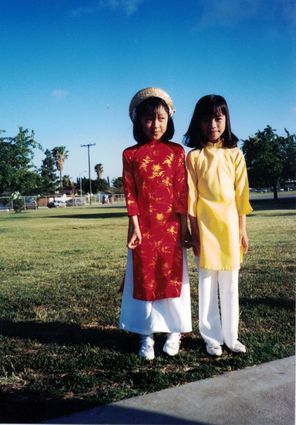 In elementary school, my day started with getting breakfast from the cafeteria window, where I got to choose a cereal box along with a small carton of milk from our cafeteria lady, Angie. She had short curly silver hair and always happily provided us our breakfast, along with a great smile.

For lunch, I lined up with the rest of my classmates to get lunch from Angie, too. Each of us carried a small envelope with our names on it.

I didn't realize, though, that my envelope was different from the other students. While other students had money in their envelopes with cash to pay for the weekly price of school lunch, mine was empty. Instead, my envelope had my name on it along with five checked boxes for every day of the week – Monday, Tuesday, Wednesday, Thursday and Friday – that I was able to receive free lunch.

On days I didn't have breakfast at school, my favorite cereal of choice at home was Kix. Along with Kix, I remember growing up with a healthy supply of cheese, packaged in huge bricks in cardboard-colored paper. My refugee parents who had arrived to the United States as survivors of war from Vietnam had no idea what to do with so much cheese.

As I got older, I realized that I was a free lunch kid, and that through food stamps, my parents were able to make sure that no one ever went hungry in my family of six.

My personal experience growing up not just on free lunch but also food stamps, Medicaid and Section 8 housing assistance is a story that I share with the more than one million Southeast Asians from Cambodia, Laos and Vietnam who fled war and found refuge in America, often arriving with nothing more than the clothes they were wearing.

Today, the Trump Administration is seeking to label immigrants who use these vital government services as "public charges" or, in other words, individuals whom the government deems unworthy or undesirable for receiving a green card. While refugees would be exempt under this proposed rule, low-income Southeast Asian immigrants arriving in the United States through family visas will be vulnerable. In 2016, more than 90 percent of immigrants from Cambodia, Laos and Vietnam who received a green card were able to do so due to a family-based visa petition.

Since Southeast Asian Americans rely heavily on programs like Supplemental Nutrition Assistance Program (formerly food stamps) and Medicaid, Trump's rule may force families to choose between their health and protecting their immigration status.

In response to this attack on immigrant and refugee communities, SEARAC joined the Protecting Immigrant Families (PIF) campaign, a collaborative effort between the Center for Law and Social Policy, National Immigration Law Center, and advocacy organizations across the country. We put together a digital toolkit to help explain some of the wonky rule language. And through weekly emails and posts on social media, we were ultimately able to mobilize 620 advocates to reject the Trump Administration's proposal. Their submitted comments were part of the roughly 200,000 comments that the larger PIF campaign sent to the White House.

Now that the comment period is over, the Department of Homeland Security has an obligation to read through each and every comment. No matter the outcome, SEARAC stands ready to lift up the voices of our Southeast Asian American community members, who should not just dream the American dream, but also have the resources to make it into reality.

This column is part of an ongoing series from the Diverse Elders Coalition, looking at different segments of the senior population.