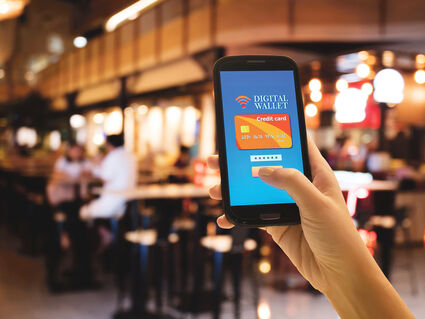 Savvy consumers can take advantage of these new electronic methods to reduce the likelihood their credit and debit card numbers could be stolen. Even better, the new methods are faster and easier to use.

There are newer, more secure, and more convenient choices available to make payments at most cash registers. Secret PIN codes and signatures are making way for methods like tap-to-pay plastic cards and smartphones.

Savvy consumers can take advantage of these methods to reduce the likelihood their credit and debit card numbers could be stolen. Even better, the new methods are faster and easier to use.

After years of swiping cards, signing receipts, and entering PIN codes, the new methods may seem awkward at first. But with a little practice and patience, you'll soon be breezing through the process.

Credit card fraud is a serious problem. I have had my card information stolen several times. The experiences have left me poorer but wiser.

But what really influenced my thinking was a job working on software that processed credit card transactions. I had a front row seat to fraud and the damage it causes.

So now, I prefer paying by the most secure method possible at cash registers.

The new technology behind these transaction methods is known as near field radio communication. There is a chance you might see the acronym NFRC (or RFID), but the most commonly used descriptions are "Tap-to-Pay" or "Contactless Payments." The latter gained prominence for obvious reasons during the COVID era. These names, along with others, often appear alongside large graphic symbols that denote tap-to-pay.

Even in my small town no two point-of-sale terminals work the same way. Yet the basic steps needed to pay are the same.

Once the terminal is ready to accept payment, you place either a smartphone or contactless credit card within a couple inches of the terminal for a few seconds. You do not actually have to tap anything, just pause a moment until the terminal beeps a confirmation.

After the beep, you may still be asked to sign a receipt or perhaps add a tip, but overall the process is quick and easy - once you try it a few times.

Understanding why it is better requires a bit of backstory. With traditional credit cards, the number embossed on the card identifies the account. Other numbers, including the expiration date, the number on the back of the card, and the PIN code were added over time to make fraud more difficult.

I still remember the days when complete credit card numbers and expiration dates appeared on printed receipts, making them prime sources for thieves. Those were not the good old days, although they do help me explain this next part.

The reason tap-to-pay methods are more secure is in how the numbers are handled. Compared to previous methods, your card number is invisible. Rather than depending on a permanent number, a single-use number is created on the fly and used instead. The overall effect is that your actual card number never appears anywhere, and your personal information is used in a more secure way.

My advice is simple – whenever you have the option to use some form of tap-to-pay, use it.

A phone is even smarter

There is still more security and convenience available if you choose to use a smartphone rather than a tap-to-pay credit card.

When configured properly, your smartphone only unlocks for you. A thief cannot use someone else's smartphone to complete a transaction. Private details such as PIN codes and expiration dates are password protected as well.

Some banks only issue a physical credit card on request. A card that does not exist is much harder to counterfeit.

One of the best features of using your smartphone is more information. I usually get a notification on my phone about a completed transaction while I am still standing at the cash register.

My phone records the date, time, and location of each purchase, as well as allowing instant access to my account balance and transaction history.

However, paper receipts are still important, especially to dispute a charge or return an item.

How it works in action

So far I have described tap-to-pay transactions in a general way. Next, I want to describe a specific restaurant purchase I made a few weeks ago to illustrate what is possible.

I used Apple Pay, although Google Pay is similar. (It also depends on how your smartphone is configured and which payment processor the restaurant uses.)

When the bill arrived at the table, I did not hand my card to the server only to watch it be carried away. Instead, I opened the smartphone camera and pointed it at the receipt. A "pay now" button appeared. It took a few seconds to add a tip and finish paying the bill.

These kinds of transactions will become more widespread in the future, but the security and convenience of simple "tap-to-pay" transactions is already here.

Bob has been writing about technology for over three decades. He can be contacted at techtalk@bobdel.com.