News items from 100 years ago in Alaska 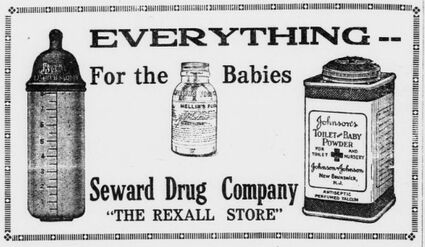 The following are selections from newspapers across Alaska, published in June of 1922.

The laws of nature

Seward - Complaint was made in Seward this week that fishing boats were killing the seals on rocks at the mouth of the harbor. While there is no law to prevent these animals being slaughtered, for sentimental reasons the few that congregate in these haunts should be preserved. They are objects of great curiosity to tourists and invariably are mentioned in their articles in Eastern papers. At the present time the law allows seals and seagulls to be killed, but it is a bad law inasmuch as it destroys life which is necessary to preserve the balances provided at a check by nature.

When we attempt to improve upon the laws of nature, we generally find that they are fixed and immutable, and the result is some pestilence, epidemic or plague of insects or plant life. The English sparrow and the German carp are examples. Likewise, the water hyacinth which choke the waters of the southern streams. The seals may eat salmon, as fish are their natural diet, but they may also eat other fishes which would prey upon the salmon. The gulls are nature's scavengers, and without them our harbors would become uninhabitable, or at least breed disease and pestilence.

The dentist will be an optometrist

McGrath - To those who will be in need of dental services, I will say it is my intention to return North on the first boat landing at Bethel, early in July, and later will visit McGrath, Tacotna, Ophir, Flat and all other places heretofore covered. During my stay on the Outside, it is my intention to take an up-to-date course in Optometry, my purpose being to return North prepared to test the eyes of all those in need of this special attention, as well as to supply accurate lenses and other optical requirements

Today Is Clean Up Day for Nome

Nome - Friday June 9th, is the day set aside for cleaning the city and a city holiday Is declared for that purpose. Promptly at 1 p.m. teams began to gather the rubbish piled in the streets. As it is impossible to drive into back yards, citizens are requested to pile all refuse in the streets available to the teams. The week following, an inspection will be made of all property and those places not cleaned will be taken in charge by the City, cleaned and the expense charged to the occupant or property owner.

Saturday evening in the A. B. Hall, a free community ball will be given to the people of Nome. This will be the last community dance of the season before the arrival of the passenger boats, and everyone is asked to attend. An invitation is extended to all officers and men of the Cutter Bear to attend. This dance is absolutely FREE, come one, come all. Have a good time before the summer's activities require your time and efforts.

Junior Barnstormers appear before the footlights once more

Wrangell - The latest appearance of the Junior Barnstormers was at the Gymnasium last Friday night, when these well-known theatrical performers presented "When Doctors Disagree" and "Aunt Deborah's First Luncheon." Each of these plays scored a big success.

"When Doctors Disagree" was a play where four different doctors were called on the same case by an excited porter in a hotel for one of the guests who had suddenly taken ill. As it happened, only freak doctors were called and each one diagnosed the case according to his particular line, and was determined that his treatment should be followed. The situations thus brought about were very amusing. The actors in the play were, Lloyd Tucker, John Grant, James Wheeler, Raymond Wheeler, Robert Edmunson, Joel Wing and Harry Jaynes.

"Aunt Deborah's First Luncheon" was a play revolving around a family which had suddenly come into wealth and whose feminine members were endeavoring to adjust themselves to their new life. Some fashionable guests were invited to a luncheon which was made extremely embarrassing to the hostess by the appearance of Aunt Deborah, whose behavior and naive remarks were rustic in the extreme. 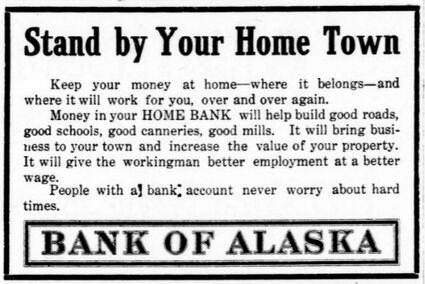 In fact Aunt Deborah was a scream, as impersonated by Edna Bidwell. Others who took part in the play were Dorothy Johnson, Erma Grant, Marjory Johnson, Nellie Rowley and Dorothy Wason. Each one carried out her part most creditably. Several piano selections beautifully rendered by Miss Liberty Worden added much to the evening's pleasure. Ice cream was served at the close of the entertainment. The proceeds of the evening will be used for repairs on the Gymnasium.